Meet the Real Queen of the London Startup Scene

Through mentorship, investments, and co-working, Eileen Burbidge is making a big impact in the UK’s cozy tech world.

Through mentorship, investments, and co-working, Eileen Burbidge is making a big impact in the UK’s cozy tech world.

The software engineer turned investor is one of a trio of partners at Passion Capital, a London-based venture capital firm that has invested millions of pounds in dozens of startups, including Lulu (that controversial app that lets women comment and rate the men they know), and innovative financial services like TransferWise, GoCardless, and DueDil. In each case, it’s an individual’s passion for the idea that has impressed her, rather than their business plan or Oxford pedigree.

Burbidge is an omniscient presence at White Bear Yard, the co-working space she helped start in a still-gritty part of East London, but the mother of four is rarely spotted at tech events and doesn’t hobnob with industry figures like Facebook chief operating officer Sheryl Sandberg.

Indeed, if Silicon Roundabout were to have a “first lady,” people would probably think first of Joanna Shields. It was considered to be quite the coup for the UK government when Shields resigned her post as the head of Facebook’s Europe office (where she worked closely with Sandberg) to run Tech City UK for David Cameron. That position, which she recently quit to take a seat on the London Stock Exchange, required her to promote Silicon Roundabout and its entrepreneurial inhabitants. At the time of her appointment in October 2012, the technology magazine Wired referred to Shields as the “most influential person in European technology”.

With Shields handing in her notice (former Blackberry executive Gerard Grech was recently named her replacement), the UK’s tech scene is in need of a new spokeswoman. As the third non-technical employee at Skype’s London office and an active investor, Burbidge has the requisite experience to step into the spotlight. But is the self-described “natural introvert” up for the challenge?

During a recent trip to London, I met Burbidge for lunch at White Bear Yard. About two dozen entrepreneurs were glued to their computers, furiously coding, so we were able to snag the lone conference room.

Burbidge was running a few minutes late. For the past few hours, she had been emailing back and forth with an entrepreneur on the verge of launching a website. This attention to detail is a quality that has stood out to the entrepreneurs she’s backed. Kristo Kaarmann, chief executive of TransferWise, who describes himself as the “Robin Hood of currency exchange” got his start at White Bear Yard.

Eileen “lives and breathes early-stage tech [and] has this superhuman work capacity”, Kaarmann tells me. “I remember when Eileen was in the late stages of expecting her youngest, but this didn’t slow her down a bit.” Alexandra Chong, founder of Lulu, echoes the sentiment: “Eileen is practical and hands-on, and she really understands what an early-stage startup needs. After she invested in Lulu, she helped me build my first team and sat alongside me interviewing and sourcing candidates.”

Burbidge speaks with a faint hint of a London accent through her American drawl. She understands that networking is an essential part of the job. “I am always happy to connect people. Most especially, smart people to other smart people,” she tells me.

But unlike Shields, Burbidge intends to remain a powerhouse behind the scenes. Her day job requires her to be knee deep in the minutia: proofreading websites, making introductions, and attending endless coffee meetings that may not amount to anything.

She seems reluctant to discuss her own achievements but perks up on the topic of her portfolio investments. We spent close to an hour discussing Chong, the founder of Lulu, who Burbidge met when the app was just the seed of an idea. At that time, Chong had intended to build a social network for women, a business idea that resonated with Burbidge.

I point out that Burbridge is one of only a handful of women working at White Bear Yard. Burbidge has made her opinions clear on that particular topic before. In a guest post for technology news site TechCrunch, she lamented the whining and moaning about the lack of female entrepreneurs. In the post, which ran with the provocative headline “Want more women in tech? Girls, just do it. And everyone, quit the patronizing,” Burbidge urged women to take advantage of the opportunities. She recently hosted an open office session at White Bear Yard, which was widely publicized and open to anyone. Only four women attended the session out of 60 or so attendees.

In an email, after our chat, I press her further about this topic. I asked: “Do you perceive any advantages or disadvantages to being one of the few female tech investors?” (You’ll love her answer)

“I might be oblivious or delusional, but I don’t. Even if people were to remember or refer to me as the ‘Asian-American female VC,’ which I’m sure they do, that’s absolutely fine with me. At least they’re remembering me at all,” Burbidge replied.

“If others underestimate me or lower their expectations because I’m a woman, that just means they are all that more disadvantaged or ill-prepared when they inevitably see and experience how much more capable I am than them. If some people correlate low expectations with me because I’m a woman, there’s no question I will over-deliver, and that is always very satisfying,” she added.

Burbidge has no desire to position herself as a first lady or a queen bee; she’s more of a foot soldier. She believes “actions and successes” trump bold promises. She’s also content to live vicariously through entrepreneurs and founders that are pushing the envelope.

Going forward, Burbidge stresses her intention to remain accessible to passionate entrepreneurs with an idea — male or female. They simply have to show up.

This article originally appeared on VentureBeat.

About the writer: Christina Farr (@chrissyfarr) is a San Francisco-based writer covering cloud computing, health IT, women in business, education technology, and venture capital. Prior to VentureBeat, she worked as a freelance writer. She also regularly moderates panels and speaks at tech conferences. 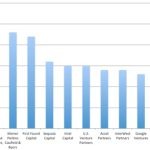 What Startups And Where Venture Capitalists Have Funded In 2011 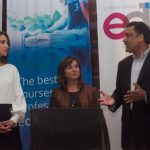 How Jordan’s Queen Plans to ‘Democratize Access’ to Education