Up Global will pin-point target cities for Women’s Edition events and use these events as a platform to encourage a more diverse community.

In 2009, Startup Weekend held its first “Women’s Edition” event alongside Women 2.0 in San Francisco. The event proved to be a success, yielding 19 strong startup teams. One of these teams, Foodspotting, went on to be acquired by OpenTable for $10 Million. Founder Alexa Andrzejewski then went on to speak as a guest entrepreneur  at the 2011 Startup Weekend Women’s Edition event in San Francisco: a full-circle moment.

Though this is just one story of funding success, the real win for these events is that they flip the ratio from traditional Startup Weekend events, which tend to be overwhelmingly male (roughly 70-80%) — and in doing so, they generate a unique and progressive environment for both the men and women who attend. One male attendee from a Singapore Women’s Edition event writes, “I regret not working more in my daily life with women because [working with women] is very powerful in terms of business, community, human beings, purpose and so on… This time it was more about an experience to work all together. A moment to share, a melting pot of ideas and people to empower yourself and make you evolve and think better.”

Although Women’s Edition events are a great start, we know that more must be done to create diverse communities that are welcoming and supportive of female entrepreneurs. Last year, Startup Weekend hosted its annual “Global Startup Battle” — an international startup competition that allows the “best of the best” from Startup Weekends around the world to compete for prizes that are often once in a lifetime opportunities for early stage startups. At the conclusion of last year’s competition, one of the top teams to remain after the dust settled was a female-led startup. Her concept had not only been selected as one of the few to be worked on at her own local Startup Weekend, she had also advanced in the competition, which included more than 1,000 other startup teams, and was selected as one of the best. Despite all this, she still did not technically perceive herself as a true entrepreneur. She remarked that she did not feel she had the wisdom of other founders – yet. I wondered why she hesitated to call herself an entrepreneur; clearly, she was one – and a successful one at that.

Unfortunately, this mentality (which is not unique to this one example) is likely, in part, the result of the stories (or lack thereof) that surround all of us. Simply put, it is more difficult to self-identify as something that is not socially visible around us. This is partly why UP Global will be focused specifically on telling more stories of the talented female founders that are already making great achievements in their communities. There are plenty of female entrepreneurs succeeding, failing, learning, and building on their projects every day – and we want everyone to know about their work.

Beyond this, we hope to amplify existing resources at the local level in order to engage more potential female entrepreneurs. Our holistic approach will utilize strategic partnerships, PR, and special events. To catalyze our efforts locally, we will pin-point target cities that would benefit from a Women’s Edition event, using these events as a platform to encourage a more diverse community and connect community leaders with the resources and networks that will help to make this vision not only possible, but sustainable.

Our initiative, Startup Women, is optimistic; it is an opportunity more than a response to a problem. We recognize how valuable female entrepreneurs are – not just for startup teams, but for whole communities. As an organization, UP Global strives to make an impact in 1,000 thriving communities by 2016 – and supporting more female entrepreneurs is a huge part of this goal. Startup Women kicks off this year with over $150,000 thus far in funding from The Blackstone Charitable Organization and through the #40Forward program by Google for Entrepreneurs, but our attention to progress in this area is long-term and constant.

We know that Startup Weekend Women’s Edition events often provide a critical starting point for female entrepreneurs – but the magic of a Women’s Edition event should not be limited to those 54 hours; it should translate into the way that whole communities appreciate, support, and engage with new perspectives and backgrounds. The communities that recognize the opportunity that rests in diversity and inclusion will be the leaders who pave the way, proving to individuals – men and women alike – that they are not only capable of pursuing entrepreneurial endeavors, but that with the support of their own communities, they can expect to do so more fearlessly.

This year, Startup Women aims to achieve the following:

Here’s how you can get involved: 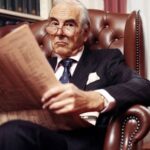 Are Women Competitive Enough? Competition: It's Good For You 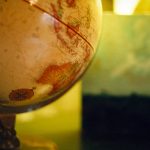