The company’s latest round of funding values it at north of $1B, putting co-founder (and Women 2.0 conference speaker) Julia Hartz in “the Unicorn Club”.

When investor and PITCH judge Aileen Lee’s firm, Cowboy Ventures, investigated “the Unicorn Club” — i.e. startups worth more than $1 billion — late last year, she found the group included a mere 39 companies and a noticeable lack of diversity. But this week that number rose by one and the ultra exclusive club of founders to reach a ten-digit evaluation gained at least one more woman member as Eventbrite announced it raised $60 million at a valuation of more than $1 billion.

The ticketing startup, co-founded by Women 2.0 conference speaker Julia Hartz and her husband Kevin along with Renaud Visage, raised the additional capital from existing investors Tiger Global and T. Rowe Price, who approached the company about boosting their investment. This latest round brings the total raised to $190 million.

Why are investors pouring money in Eventbrite? In short, ticketing is a huge money spinner, especially if you look internationally, as TechCrunch reports:

Over $1 billion in gross ticket sales passed through Eventbrite’s platform last year alone, and online ticketing in the U.S. alone was estimated to be around a $4 billion business as of February last year. But Eventbrite is thinking globally, and in fact, Fortune reports that international expansion is one of the key goals of this new, late round, alongside product development on both the event organizer and consumer side of its platform.

The money will enable the company to expand internationally but it will also “push the startup’s big plans to go public back to 2015,” according to TechCrunch and other sources. 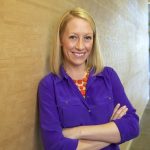 From 0 to 323 Employees: 4 Lessons on Growing a Startup from Julia Hartz