Meet some of the women who are using technology to empower communities around the world.

It’s twenty fourteen and the world has gone digital. This new development is rapidly sparking change across every platform and its all good. The United Nations theme for International Women’s Day this year was “equality for women is progress for all,” and with this female founders to watch post, we’ll explore just how true that statement is.

In an attempt to match the United Nations theme for International Women’s Day this year, we decided to seek out the accomplishments of women in technology that have had a global or local impact to benefit the larger community.

Uncharted Play is the company behind SOCCKET, a soccer ball that harnesses kinetic energy from play and converts it into electrical energy that can be used to power small appliances. Using the LED lamp that comes with each ball, minutes of play can provide hours of light. The idea came about when Matthews, along with Co-inventor Julia Silverman, worked on a class project together in their junior year at Harvard University. TED called it “an invention with revolutionary potential for the developing world” and Unchartered Play also made INC magazine’s ’25 Most Audacious Companies’ list in 2013.

Today, Uncharted Play has also invented PULSE and a foldable and eco-friendly WATER BOTTLE and with the purchase of each the company gives one child the opportunity to join a SOCCKET Team, providing access to renewable SOCCKET power and an inspiring STEM education curriculum.

Samasource is an award-winning non-profit business that connects women and youth living in poverty to microwork — computer-based tasks that build skills and generate life-changing income. Leila Janah was featured as one of Fortune’s Most Powerful Women Entrepreneurs in 2013 for her company.

Since inventing the Microwork™ model in 2008, Samasource has continued to develop innovative technologies to perform data and content services at the highest-quality for clients. Their Microwork™ model fits within the overall field of Impact Sourcing, which aims to create jobs for individuals with limited opportunity in rural or economically depressed communities.

With investors like Khosla Ventures, Peter Thiel, Bill Gates and Total Energy Ventures, LightSail Energy has developed a “potentially game-changing energy storage system” as mentioned in Forbes. It aims to produce heat energy through compressing air, creating one of the world’s cleanest and most economical energy storage systems. But wait, that’s not all, the system is reversible too. Heat from compression is stored or routed to nearby buildings and that provides heating. During the expansion period, heat is extracted from storage (or buildings where it was first routed) and provides air conditioning. “This dramatically increases building energy efficiency” which is beneficial to all in the long run.

Danielle Fong was featured in Time’s ‘30 under 30: World Changers‘ post in their December issue of last year. Fong has been working towards finding a solution to the world’s energy problems since she started her Ph.D. program at Princeton University when she was just 17 years old and eventually founded LightSail Energy when she turned 20.

PublicStuff, a New York City based startup, developed a system that replaces or improves upon city call centers. Through their services, residents can make real-time requests to local governments, via a website or an app, when they spot a pothole or spy graffiti; requests get routed to city employees to fix. The startup proved its success during Hurricane Sandy when people living in affected cities discovered the service and spontaneously started reporting what they saw, even though most of the affected cities weren’t signed up.

Lily Liu recently made the Forbes 30 under 30 list of social entrepreneurs. With people relocating to cities more and more, and the demand for a more tech-savvy government growing rapidly, it seems that PublicStuff is catering to that need in the most simplest of ways.

Hannah Chung (CO-founder & COO of Sproutel)
Sproutel makes interactive learning games for children with a chronic illness while also reducing their health care expenses. Their first product called Jerry the bear, a cuddly robotic teddy bear, enables children with type 1 diabetes to master complex medical procedures through play. It essentially empowers the children to take control of their illnesses by teaching them how to manage a healthy diet, check their blood glucose levels and how to recognize their symptoms in a playful and effective way.

Hannah Chung was a former student leader at Design for America and holds a mechanical engineering degree from Northwestern University. is passionate about building confidence in people through design. She was one of INC magazine’s “Top 15 women to watch in Tech” in 2012 and with the impact she continues to have, that label holds true even today. Sproutel is currently working to expand their product lines to includes illnesses such as Asthma and Obesity.

Elisa Miller-Out is currently co-founder of PollQ, a polling software startup and managing partner of Chloe Capital, an early stage investment fund. She also serves on the board of Women 2.0, the leading global media brand for women in tech. Elisa is an Entrepreneur in Residence at Cornell University's Blackstone Launchpad. She's based in Ithaca, NY, but grew up in New Orleans and spent time in New York City as well. 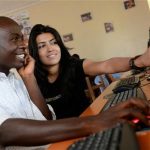 Meet the Entrepreneur Who Has Lifted 15,000 Young People Over the Poverty Line 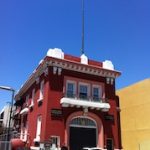 Green Energy: A Day In The Life of a Cleantech Entrepreneur
Judith Martinez