Rather than try to “fix” your worst, start to think about worst and best as a circle of goodness, suggests this founder.

I just got back from a much needed vacation – the sort of vacation you kind of think you need and then on day three of 14 hours a night of sleep you realize you really needed it really badly. We got home yesterday after a solid week off the grid and I was having trouble sleeping so I got up early to spend some quality time with my computer.

In the middle of a bunch of email I came across a gem from Elke Govertsen, the CEO of Mamalode. I met Elke in 2012 the weekend I was in Missoula to run the Missoula Marathon. She, along with some of her colleagues, were awesome hosts and while our relationship has been email only since then, I always smile when I get something from her.

The gem of an email was a link to a TEDxWhitefish talk that Elke just gave. Her note said is was on “self esteem, perspective and some of my struggles and solutions.” I fired it up and sat back to watch.

Fifteen minutes later I felt I needed to share it with you. Elke starts off strong and asserts that 85% of the world at any given moment is struggling with low self-esteem. Whether you agree with the 85% number of not, she analyzes self-esteem in a unique way. And then goes on to tell an extremely poignant story. Her story which includes a really shitty 2013, during which she completely wore herself out and then almost destroyed herself. During this time, she had to slow down, lie really still, and think a lot.

She came up with tiny little trick. Rather than try to “fix” your worst, she started to think about worst and best as a circle of goodness. Your best is your worst, and your worst is also your best. Instead of focusing only on your best, or trying to project a world to others that is your best, be authentic and actually explore both your best and your worst.

A line at 10:45 that I loved was “At a dinner party, instead of asking ‘what do you do’ ask what’s your best quality and how at some point has that been your worst?”

Elke continues to make the circle between best and worst, rather than have them on a line from best to worst. She has some powerful moments near then end, where she suggests we all “forgive and believe” and “live in the inverses where your best is your worst and your worst is your best.”

Enjoy 15 minutes of inspiration which will make you think a little differently today. Elke – thanks for sharing this with us.

About the blogger: Brad Feld (@bfeld) is a managing director at the Foundry Group. He has been an early-stage investor and entrepreneur since 1987. Prior to co-founding Foundry Group, he co-founded Mobius Venture Capital and, prior to that, founded Intensity Ventures. Brad is also a co-founder of TechStars. 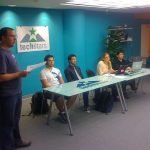 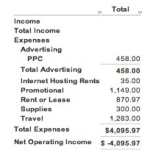 The Brutal Truth From a Dying Startup