Rebecca Rachmany of Gangly Sister Productions launches her animated series about two girls who solve problems with technology to encourage girls to pursue careers in STEM.

An email popped into my box in early February from Rebecca telling me about her agenda to get more women in tech. She decided the best way to do that was to engage the youth through animated series with fun role models. I watched the video and was intrigued. My attention span is probably shorter than many young kids who if I remember correctly can watch something over and over and over again. I scheduled a call with Rebecca to hear her story.

She was born in St. Louis and spent two years there, then moved back East eventually settled in New Jersey where she went to high school. Her father was one of the most published biology professors at Washington University but was not given tenure. Her mother was a geneticist working at a research assistant at Washington University. She made quite a stir about about women with Ph.D.s not getting tenure and being put on fast tracks vs. the men. Her parents believe because her mom was so vocal, her father was never given tenure. They left St. Louis and her father got out of academia where grants, tenure and politics were not an issue. Her mom worked at the population council doing research working on reproduction and aids. Her mom was also at Columbia University for years eventually moving into the pharmaceutical industry.

Rebecca did not go far from New Jersey. She went to college at Rutgers where she majored in history with a minor in mathematics. When she was in 10th grade, her father did a sabbatical in Israel. She didn’t want to go, but had no choice. She did not love being there, but that year changed the direction of Rebecca’s life because after graduating she went directly back to Jerusalem and stayed.

Merging Tech Know-How with Writing (and an MBA)

She was too old for the army, so instead got a job as a scientific editor and moved into the technical writing field. It was 1991/92 when there was a need to write user manuals. Since she had worked on the school paper when she was at Rutgers, the job fit. She stayed for about a year and then moved to Tel Aviv. She landed a job in a small tech company where she built her team up to ten people.

Rebecca was managing the leading English documentation company in Israel. While she was there, she got her MBA in Israel through a partnership between Kellogg School of Management and Tel Aviv University. It was at that point of her career writing in the tech field began to get stale. She figured getting her degree would help her make a leap to something else.

She graduated in 1999, had just had a baby and was about to have another one. She was managing at her job, getting a MBA and managing a family. It was a time when most people say “I can’t do all of this at once,” but people in Israel are very tolerant of that. She’d even bring the baby to meetings at times. During this time, Rebecca worked at some startups in marketing, but she never could jump into the VP arena as many of her male counterparts. She wondered perhaps if she was not political enough to move into those jobs. She decided maybe she should start my her company.

Tackling a Nagging Problem: Why Aren’t There More Female Engineers?

She kept asking the question “why are there not more female engineers?” This was ten years ago, and she began a consulting business. During this time, she met a guy who worked on 3D technology and she started something in the animation business. They created a one-minute pilot and tried to pitch it to Disney and Nickelodeon. It was this tiny part of her business that excited her. Her 6-year-old twins loved the video. Their family friends’ kids loved it, but they could not sell it. Everyone had gone on to do other jobs, but everyone wanted this to succeed. So she got the team back together, incorporated and wrote some more scripts.

They were frustrated with the role models their kids were seeing on TV. They showed it at a toy company event and people were taken with it. What is different now than it was ten years ago is you can release these videos on YouTube and find viewers. It is not necessary to sell it to a major player like Disney to prove your model. People have begun tweeting out the video, bloggers have reached out to them. They are optimistic about their future. They are actively planning a game for young women.

Rebecca has had this concept rolling around in her head for a long time. The video is worth watching and I do believe she is on to something. She wants to build a company to be the content provider for young women (and boys) who become connected to role models that are tech saavy and love being engineers. Go for it Gangly Sister.

How else can we encourage girls to get involved in tech at a young age? 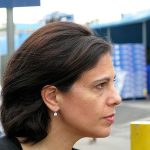 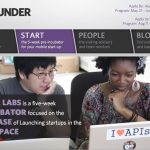 This Is What An Angel Investor Looks Like – Joanne Wilson