US Navy Rear Admiral and computer pioneer Grace Hopper was first and foremost a teacher. Everything she did throughout her life ties back to her insatiable love of teaching and learning.

You may know Grace Hopper, the “Grandmother of Cobol,” as a computer pioneer and US Navy Rear Admiral, but did you know that she was also a teacher?

Yes, that’s right. Ms. Hopper started her career as a college professor, but she was teaching long before and long after her days at Vassar College.

Grace was born with an insatiable love of learning and, more importantly, loved sharing her knowledge with others. And she was a natural at it. She could take complex ideas and break them down into easy-to-understand bite-size morsels. It’s one of the reasons she served as the Navy’s spokesperson on computer technology.

Now, twenty-two years after Grace’s death, she is still teaching albeit through biographies and pieces of oral history written about her life. While reading through these resources for our own documentary on her life, we realized that Grace left the world two great gifts – her contributions to technology AND some amazingly valuable life lessons for entrepreneurs and non-entrepreneurs alike. Here are three lessons Melissa Pierce and I learned from Grace while researching her personal and professional life for our upcoming documentary, “Born With Curiosity: The Grace Hopper Story.”

Grace’s mother often said Grace was “born with curiosity.” This innate curiosity was seen in her insatiable love of learning, which made her more open to new opportunities. Her willingness to try new things allowed her to be at the forefront of the birth of the computer industry.

This is seen in Grace’s love of math. She continued to study it long after she graduated college, simply for her own enjoyment. When Grace graduated from the US Navy WAVES training, they reviewed her academic transcripts and saw she had taken a course called Courant. (Courant is the study of infinite differences).

At that time, the Navy was looking for individuals like Grace who had this particular experience to work with Howard Aiken on a secret project – the first MARK I. Chances are that had Grace not taken this class, she would have been assigned to cryptography instead of Aiken’s group, and thus, may have never gone on to develop the first computer “compiler” or lead the team that would invent COBOL.

2. Have Perseverance and Tenacity

Life is filled with roadblocks and obstacles, twists and turns. Although Grace knew and accepted this, she did not let it hold her back. She knew that these challenges were only insurmountable if she chose to make them so. Whenever someone told her ‘no’, she simply regrouped and looked for other ways to keep moving forward. Grace knew that ‘no’ only meant not right now.

Too often, in our own lives, we let ‘no’ be the final verdict. We must change the way we look at this word and realize that we must not let it dictate our actions. Rather we must remain committed to our dreams and pursue them with perseverance and tenacity.

3. Believe in Yourself and Stay Committed to Your Own Truth

Grace was born at a time when women did not have the right to vote and women’s opportunities in society were limited. At the same time, her parents instilled in her and her sister Mary the belief that they could do anything that their brother Roger could do, and vice versa.

Growing up with this belief and mindset instilled in Grace confidence that gender was not a determining factor — so long as she did not let it be. She didn’t let society dictate her life. Rather she deeply believed in her own abilities and stayed committed to her own truth — that she was equal to any man or woman.

She showed this at various points in her life including her first failed attempt to join the US Navy WAVES. Originally the Navy told her she was too old and underweight to join. She refused to accept this decision. She had grown up in a family with an illustrious military history, and was determined to carry it on.

So she searched for and found a way around the Navy decision. When she returned to the recruiting station for a second time, she received a waiver and was admitted. And the rest is history.

Although these important life lessons Grace taught are not new, they are easy to forget — especially as we move through the hustle and bustle of our daily lives. It is worth taking a step backwards, from time-to-time, to look to pioneers such as Grace to remind ourselves of these truths.

What do you admire most about Grace Hopper? 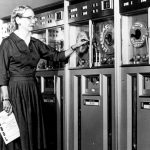 Celebrating Grace Hopper, One of the First Female Developers 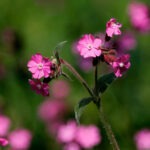 Making the Case for Grace Hopper on the $10 Bill