Proof that if you have a vision, and the determination to make it happen, you don’t need a business school diploma.

“He didn’t talk to me for two months,” recalls Demet Mutlu after she told her father that she was dropping out of her Harvard Business School program to start Trendyol, an online shopping site like Gilt Group in the US. But believing in her dream of creating a place where women could shop online, Mutlu stayed strong and went on to build Turkey’s leading fast-fashion e-tailer.

“Being an entrepreneur is really fulfilling,” says Mutlu. “I’ve always loved leading, building, creating impact.” In 2011, Mutlu was named one of Fortune’s Most Powerful Women Entrepreneurs.

Today, Trendyol hosts more than seven million subscribers. The site features Turkish boutiques and recently started its own label, Milla. Unlike other online retailers, Trendyol lets members vote through its website and Facebook on daily fashion deals. Then, using customer feedback, Trendyol adjusts its offerings based on real-time demand.

Mutlu adopted this model when she started her line Milla. When the company creates a new item, it pilots a small batch on Trendyol to test interest. If the product does well, Milla then sends the design to one of Turkey’s many clothing factories for greater production. Turkey is world renown for its specialization in textiles, and Milla’s unique channel from idea to realization allows Trendyol to deliver really fast fashion.

Mutlu credits much of her success with Trendyol to capturing the right market at the right time. Turkey is a large, cosmopolitan country with a young, plugged-in population. Turkey ranks 7th worldwide on Facebook and 8th on Twitter. Everyone has a cell phone and online shopping has taken off – up 300% since 2010. Trendyol manages all of its payments through its website and mobile transactions are on the rise. Mutlu says Turkey’s growing internet penetration and increased credit card use is 100% responsible for scaling her business.

As Turkey’s tech sector develops and more e-commerce sites come online, Mutlu believes in supporting her fellow entrepreneurs. She now invests in several Turkish companies, including Peak Games, one of the largest social gaming sites, and Doktorsitesi.com, the leading health portal in Istanbul. She also aims to continue to expand Trendyol to offer a wider range of products and attract a diverse set of consumer interests and needs. When asked about her greatest accomplishment with Trendyol, Demet says she is most proud of the impact she and her team of 700 employees have had on fashion in Turkey. Bringing style and design through the internet to millions of customers for the first time has not only transformed ecommerce in Turkey, but also revolutionized the fashion industry. 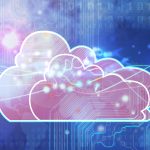 Starting A Tech Company Before The Hype Cycle Hits

The Insane Double Standards for Women Working in Tech