Female Founders: Why You Shouldn’t Worry if Your Startup Doesn’t Have Funding

YouNoodle, a startup recruitment platform, revealed some key findings in a new study that focused on the top 1,000 entrepreneurs and ideas from female founders.

YouNoodle, a platform for startup competitions, recently released the results of their YN1Kwomen study. These findings analyzed 1,000 female entrepreneurs who had won startup competitions powered by YouNoodle. From these, 29 percent of winners came from North America. YouNoodle also discovered that many female entrepreneurs start young, with the youngest founder being 17 and the oldest being 67.

“Increasingly, and encouragingly, women all over the world are stepping up to the plate and hitting home runs with innovative ideas that are attracting attention from the business and investment communities,” said Rebeca Hwang, co-founder of Rivet Ventures and co-founder of YouNoodle. “YN1Kwomen is shedding light on the profile of these women and has given them a more powerful voice in the global entrepreneurial ecosystem.”

Female-founders showed that higher education will get you further in the business world with 36 percent holding post-graduate degrees.

So what about funding? Not necessary. Of these 1,000, only 39 percent receive funding, showing that to curate a successful idea, money is not necessarily the main focus.

“The more we know about the profile of the female early-stage entrepreneur, the more we can work to remove barriers for ambitious women in the global startup ecosystem,” said Torsten Kolind, co-founder of YouNoodle.

Female-founded startups in the commerce, services and life science industries were found more likely to be successful in competitions, rather than in industries such as IT and software.

See more of YouNoodle’s findings about female-founded entrepreneurs in this infographic. 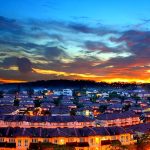 Words Of Advice From Women Entrepreneurs At DEMO Asia 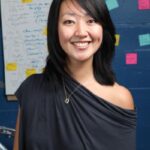