We feature five inspirational women who are shaking up the tech landscape with fresh perspectives. By Padmini Parthasarathy (Journalist, Vitamin W)

They are people who provide, create, and harness technology to yield services and products that we didn’t even know we needed. They find innovative solutions to problems and often change the way we think about them.

Denise Brosseau, head of Thought Leadership Lab, defines thought leaders as “the informed opinion leaders and the go-to people in their field of expertise.” Thought leaders “scale those ideas into sustainable change not just in one company, but in an industry, niche, or across an entire ecosystem.”

We wanted to feature five amazing female thought leaders who are changing the fabric of our culture with their ideas.

Jackley founded kiva.org, the first person-to-person micro-lending website nearly 10 years ago. Kiva.org brought microfinance to the Internet. Users make small loans to people in developing nations who aren’t able to borrow from banks. They get updates on the progress of the business, and eventually use the repaid loan to lend to someone else on the site. Since 2005, Kiva has lent over $500 million and has a 98.86 percent rate of repayment.

Chase is the founder of Zipcar, the revolutionary car-sharing platform. The service is a blessing for urbanites, who share ownership of the compact cars. All you need is a “Zipcard” to use a car. In true innovator fashion, Chase has moved on from Zipcar. She is now CEO of Buzzcar, a service that lets car owners rent out their own vehicles. Kind of like Airbnb on wheels. Every Zipcar in use takes 15 personally-owned cars off the road. That means that about 60,000 cars have been taken off the road because of Zipcar.

It’s hard to imagine a world without crowdfunding these days. In 2008, Danae Ringelmann was an MBA student trying to fund an Off-Broadway play. Along with Eric Schell and Slava Rubin, Ringelmann founded IndieGoGo, the first crowdsourcing platform that allows people to raise money for ideas they believe in. Everyone from musicians to inventors uses the platform to fund projects. IndieGoGo preceded Kickstarter, Crowdfunder and more specialized sites like Crowdrise and GoFundMe. IndieGoGo has funded breakout projects like the Canary smart home security device, which raised more than a million dollars.

Kopp originally proposed the ideas for these programs in her undergraduate thesis for Princeton. She was convinced that many students from elite universities were eager to make change, not money. Her gamble paid off. TFA has been expanding since its launch in 1989. Kopp also founded Teach for All, a global offspring of Teach for America. A recent Department of Education study indicates that TFA fellows have a greater positive impact on student achievement than other teachers.

Fried is a voice of authority in the male-dominated world of hardware engineering and has helped bring electronic hobbying to the masses. She is a pioneer of open source, which promotes universal access to a product’s design or blueprint and rights to distribute the design and any improvements universally. She founded Adafruit, a site for hobbyists to buy, design, and resell open source electronic kits. Fried was also the first woman to be featured on the cover of WIRED Magazine. This post originally appeared on VitaminW.

Who are your thought leader heroes and heroines? 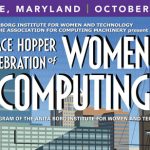