Lessons Learned from Founding 2 Startups (Or, Why I’m Not Founding Another One)

She had a revenue-generating startup, but one founder decided to leave it in the hands of her co-founder and go work for someone else. Here’s why.

A few months ago, I accepted a full-time offer to join @estimize as their Lead Designer.

My previous startup still exists. My co-founder is at the helm, we’re generating revenue, and our customers continue to tell us they love the product. The story of why I left is one for another day, but after co-founding two companies, here is what I’ve learned — and why I’m joining a team now to build out someone else’s vision instead of one of my own for the next step in my career.

1. I Want to Achieve Mastery

I have learned so much in the last two years — about starting a company, about fundraising, about building and selling a product. It’s what happens when you are one of two people working on getting something off the ground: You do anything and everything you can think of that needs to be done. And if something needs to be done that you don’t already know how to do, you learn/Google it. (Google is the source of most of my programming knowledge.)

It was great. I loved doing something different every day, sometimes every few hours. But I realized something. I would never be great at any of those things individually if I were to devote equal time and attention to all of them.

Actually, the big epiphany was that I realized I didn’t want to be great at (most of) those things at all. At least not yet.

What I really want — right now — is to be really, really, really good at one thing. I think that makes sense for where I am in my career.

2. I Want to Make Things

Not that I don’t still want all of those things. But I realize now how low the chances are of a runaway startup success. I think I’ve also grown up a little, so my motivations have become more nuanced: I’d love a big payout event — not so much for the sake of being rich but for the freedom to work on whatever I want. The fame — not so much for recognition as for the platform it’d give me to find support for the causes, projects, endeavors I care about. And the flexibility of being my own boss — well, because it is (and I’m sure always will be) awesome to work in pajamas.

But, underlying all of those things was a more visceral, and more important, reason.

More than anything else I want from my career, I want to make things.

And it turns out I don’t need to start my own company to do that.

Fortunately for me. Because — guess what?

And selling can be terrifying.

You would think that the best people to sell an idea, a product, a vision are the people who came up with it. Right? Well. Yes, that’s probably true.

But if you’ve ever written something, painted something, drew something — created anything — and found yourself wondering, “Will anyone even care?” you’ll know what I mean.

“There is nothing to writing. All you do is sit down at a typewriter and bleed.” — Ernest Hemingway

Selling your company (to investors, to customers, to employees, to the press) is like promoting any other kind of artistic endeavor. It requires the same kind of vulnerability. It requires you to let someone see you bleed. To expose all of your creative, strategic, intellectual decisions—to invite people to sit in judgment of the vision you have for the world.

The challenge I am craving: building and scaling a disruptive product that poses incredibly complex interaction design problems.

In short, I want to focus on making things.

Why would you leave your startup — even if it was successful?

What You Get When You Learn How to Code 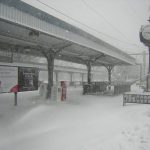 Entrepreneurial Advice Nobody Gives You 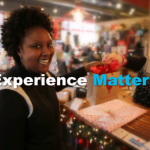 #TechTuesday: Why Tech's "Women Problem" is a Misnomer
Judith Martinez