Welcome Kabam to the Unicorn Club: The Gaming Company is Now Valued at $1 Billion

Co-founded by one of our past keynote speakers Holly Liu, Kabam’s other investors include Google, Warner Bros. and Intel.

It seems like every other startup these days has secured an several thousand dollars in angel investment here or $1-2 million in funding there. Spend just a few minutes on TechCrunch, and raising a few million dollars seems like the norm.

But it’s not every day you hear about a $120 million investment.

Last week The Wall Street Journal reported on Alibaba Group’s $120 million investment in Kabam, the free-to-play gaming company co-founded by Holly Liu in 2006. Liu has been a long-time supporter of Women 2.0, helping us kickstart our first meetups years ago and most recently presenting the closing keynote at our last conference.

The Alibaba deal comes with a valuation of Kabam of $1 billion — a company that Liu helped build from nothing in 2006. With the billion-dollar valuation, Kabam has entered what Silicon Valley refers to as the “Unicorn Club.” As of 2013, no female founders had hit this milestone. To date, Kabam has raised $244.5M, according to CrunchBase. Today, Kabam identifies itself as “the leader in the western world for free-to-play core games.”

Alibaba, a China-based e-commerce company, joins a list of Kabam investors that includes Google, Warner Bros. and Intel, a telling indication of the earnings potential in the gaming market. Kabam, whose games include Kingdoms of Camelot and Dragons of Atlantis, is projected to take in more than $550 million in revenue this year, WSJ reports.

“This investment from Alibaba was strategic and will allow Kabam to expand its audience into China via strategic use of their publishing arm,” said Liu, who also operates as Kabam’s Chief of Staff. “We will also be using it to accelerate acquisitions of innovative and talented studios.”

For Kabam, China is a high priority. The Asia-Pacific region as a whole represents nearly half of the mobile game market, with $5.9 billion in revenue in 2013 alone. The entire industry is expected to grow 400 percent by 2016. Alibaba’s investment and expertise in China are poised to have a huge impact on Kabam’s growth.

While the $120 million investment from Alibaba did not come without serious deliberation from Kabam, it became clear to their team that it was ultimately the right choice for their growing startup. “There are many reasons why Alibaba was the right investor,” Liu said. “First, their reach is incomparable. […] Second, their games arm is burgeoning and we believe that Kabam’s expertise of bringing games to a wide audience can help accelerate their gaming initiatives as well.” Liu went on to add that, “Most importantly, Alibaba was a great cultural fit.”

As one of the first steps in the partnership, Kabam plans to bring The Lord of the Rings mobile game to China, “followed by many of Kabam’s games,” Liu said.

With this investment, Kabam forges new territory with a team that defies expectations in the gaming industry, which only has 19 percent female representation. “At Kabam, we are above that average at 23 percent,” Liu said, adding that the first person elected to their board was a woman, Maha Ibrahim. “Having more women in leadership and executive positions is critical to helping to pave the success of women in the industry overall. It sets the tone for diversity within the entire organization and industry.”

If you missed Holly Liu’s keynote presentation “The Secret to Going Big So You Don’t Have to Go Home” at our last conference check it out:

And don’t miss out on our next conference. Tickets are now on sale for our fall “How To” Conference in San Francisco. 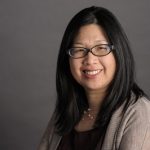