Why Quitting Is Winning

Earlier in the week, we received a term-sheet from Oracle, one of the largest software companies in the world. After five years of building an industry from the ground up, and fighting and pushing and kicking our way to the top, the fate of our company would be decided over the next few hours.

Are we selling the business or are we going to continue going at it alone? Could we do better if we gave ourselves just a few more quarters?

The way I looked at it, if I agreed to sell the business, I was quitting. That’s not me. Real entrepreneurs never quit; they build independent companies that can stand the test of time.

But, was that true?

As I played out the options, the decision became clearer. The competitive landscape had changed rapidly. Two of my largest competitors had been acquired by enterprise behemoths in the last few months. The market was becoming increasingly sophisticated and customers were demanding a solution that was part of their integrated stack not a stand-alone tool. And, I was tired. My co-founder was tired. Our team was tired. I knew this wasn’t the type of tired that could be fixed by going to Hawaii. After so many years of grinding, we didn’t have fuel in the tank for another two years.

It was time to quit.

Conventional wisdom says entrepreneurs should never give up. But, after much reflection, I know that was wrong.

“What really sets superstars apart from everyone else is the ability to escape dead ends quickly, while staying focused and motivated when it really counts,” says Seth Godin.

Knowing when to fold your cards is the most undervalued skill of an entrepreneur. In fact, as Seth says, “Winners quit fast, quit often and quit without guilt.”

So, why does it make sense to quit?

The Opportunity Cost of Time

The most fundamental reason that founders should quit is the opportunity cost of time. Quitting gives you back your time to re-invest in your career and your health, so you can be ready when it counts.

As a founder, you have to think like a baseball player. Your job is to maximize your at-bats and save your swings for balls coming right down the middle. The Mets’ Juan Lagares said it best, “There have been pitches I know I shouldn’t be swinging at. It’s hard. I don’t want to be taking pitches that are strikes. I just don’t want to be swinging at pitches out of the zone.”

Time is your single most valuable career lever. The younger you are, the more expensive your time is. Why? Because the way you use your time when you are younger will have a disproportionate impact on the potential of your career when you are older.

For example, if you want to be a repeat entrepreneur, generally the earlier you start to achieve success, the easier it will be to start the next one. To achieve success you have to grow fast. If you’re stuck on one company that is growing slowly, you’re missing out on the opportunity to grow faster with a new company where you might get order of magnitude gains in your career potential.

Selling Involver gave me a chance to work at Oracle at a senior level and learn how to operate a high-growth high-scale SaaS business from some of the smartest people on the planet. There is no doubt that I am a better executive because of the lessons I’ve learned in the two years post-acquisition.

Five years into operating Involver, my physical and mental health were a disaster. I was unhappy and had lost my spark. My credit-card statements listed a membership to the gym, but I never went. My diet was embarrassing. In fact, a girl I dated briefly looked into my refrigerator, found eight boxes of Mac and Cheese inside and threatened to leave me.

I managed to become quite serious with another girl, but didn’t spend much time with her, and when I did, my mind was usually pre-occupied with startup problems. I hadn’t taken a vacation for years. And if you asked my mother, she’d tell you I never called her.

This all changed when I got my time back. My health is better than it’s ever been. I’m disciplined about my diet and I work-out every other day. Most weeks I meditate. Three or four times a year, I fly home for the weekend to see my parents. I even spent three months traveling around the world without a phone. 11 countries! Starting with Italy, where I proposed to my girlfriend :).

At some point, I’ll start another company, and sustaining this healthy lifestyle will be difficult. Especially when I’m in the trenches. I know that. So, I’ve spent the last two years changing my behaviors so that investing in my health is part of my social habits and daily routine (if you’re looking for a great behavioral change tool, try my friend BJ Fogg’s program, Tiny Habits.)

Your ability to perform as a founder is only as good as your health. In fact, as a founder, it’s your responsibility to take care of yourself, so you can be in the best position to serve your company. Operating is hard. If your startup is ruining your well-being — if you’re no longer amped to get into the office every morning and be the first person to turn on the lights — you need to quit. The faster you do this, the faster you can start something new that will make you happy again.

Here’s the bottom line: Time is expensive. If the market is ripe for a sale, seize the day. If you’re not growing fast enough or you’ve lost your zeal, it may be time to call it quits. And if it’s not, by asking the question, at least you’ll remember what you’re fighting for.

What have you quit lately? 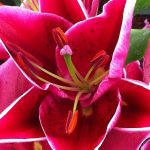