Resources for Women Who Want to Break Into Tech

Women in tech are helping themselves, and each other, by creating a wealth of opportunities to boost their chances of tech startup success.

Working in the male-dominated technology industry can be pretty lonely. But just because you’re an independent woman, it doesn’t mean you have to go it alone. More and more, women in technology are tapping into their communities to get projects off the ground.

Take Liz Salcedo, who invented Everpurse. Instead of going after venture capital (87 percent of which is going to all-male teams), she took her project to the community. Her collaborative approach paid off when she nearly tripled her funding goal of $100,000 on Kickstarter.

This is just one example of how women connect, collaborate and succeed in tech.

Having a network and an array of options to launch your next project is not only important but also easier than ever before. These are just a few examples of how extraordinary organizations, created and led by women to help other women succeed in their businesses, are changing the face of the new tech world.

Tech is already a tough sector in which to compete. Most of the educational resources outside of the traditional schools and universities are created and led by men with a strong startup influence and with a vision of the male-dominated market. Creating learning experiences in tech that allow women to be exposed and experiment in new technologies or learn new skills is empowering.

It might sound ambitious to learn to code in such a short period of time or in a workshop, but these immersive environments emphasize learning by doing and have allowed women to break into tech.

According to a recent study by researchers out of Harvard Business School, only 7 percent of venture capital funding in the US goes to women. Even with the same pitch, men were more trusted by investors and obtained more funding than women.

The great news is that organizations like Bad Girl Ventures give female entrepreneurs access funding and offer educational workshops and connections to women interested in funding a business.

The Bigger Your Network, the Greater Your Chances of Success

As we’ve established, it’s difficult to raise money for women’s projects and companies, and the ones that have been funded are under-funded. Plum Alley is a platform that allows women to connect with other women who make quality goods and offer services.

Plum Alley offers a supportive environment by hosting events to their community, providing a digital database of female investors to the public and offering an e-commerce space to their members through the platform.

But what if you want to support other women as an investor? There are companies like Pipeline Fellowship that teach women how to become an investor.

Before starting Pipeline Fellowship, Natalia Oberti started a network of female social entrepreneurs in New York City. She grew this network from six to 1,200 women in a period of six years.

Realizing how hard it was to find financing for for-profit social businesses, she founded The Pipeline Fellowship to increase the number of women in the world of venture capital. The fellowship offers 6 month long programs that offers mentoring and training. According to the Center of Venture Research, 21.8 percent of the angel market is represented by women, a significant increase from 2011 (12.2 percent).

It doesn’t matter in which stage of your entrepreneurial life you are, there are several options and many kinds of support from other women wanting to change the numbers and improve the environments for women who want to be active players in the oh-so-hot tech world.

A recent paper by the The Anita Borg Institute for Women and Technology, a non-profit that seeks to help women advance in the field of technology, shows us the difference we make in the workforce, especially in the leadership roles. From the purchase power in households sustained by women providing a new perspective on what consumers want, to embracing communication and teamwork in the organizations, we bring fresh perspectives and approaches to the process of creation creating space for innovation to complex problems.

How have you benefited from the support of other women in tech? 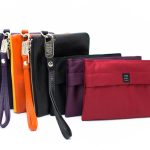 A Purse That Is Also A Phone Charger, Invented By Liz Salcedo 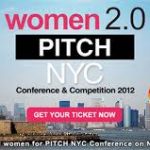 The Story Of Everpurse: Seamlessly Charge Your Phone All Day