Pandora is one of the few Silicon Valley tech companies that can boast balanced gender diversity. Here’s how they’re doing it, and how they’re trying to grow into an even more diverse organization.

When Silicon Valley tech companies recently released demographic data of their employees, the results were, unfortunately, exactly what you’d expect. Facebook, Google and Apple all hover around a 70/30 men-to-women breakdown.

But it’s not all doom and gloom. Pandora, the Oakland-based Internet radio and music streaming service, reported a refreshing balance in its gender diversity with 51 percent male and 49 percent female employees. Pandora is also a huge supporter of our mission here Women 2.0. They helped us launch City Meetup in Oakland last summer and are an on-going sponsor for our monthly networking event. With company organizations like Pandora Women, Pandora Pride and Pandora Mixtape (a group for Pandora’s employees of color), Pandora is headed in the right direction not only in gender diversity, but other aspects of diversity as well.

“When I think about all the different kinds of people who are listening to Pandora across the globe, our employees should look like them,” wrote Pandora CEO Tim Westergren in a blog post on LinkedIn. “The diversity of our audience and artists are a great benchmark for us to use as we evaluate our own company. And it’s clear there’s work to be done.”

Some news organizations heralded Pandora for leading the pack. Other publications pointed out the company still has a long way to go in regards to ethnic diversity and gender diversity in both technical roles and leadership. Most of these stories focused on the numbers and simply regurgitated the data with a bit of commentary. Few focused on how Pandora got here and what the company is doing to improve their diversity even more.

We spoke with Lisa Lee, who leads diversity at Pandora to learn more about what the company’s up to. Lisa has been working in tech for the last eight years and previously worked in the non-profit sector with organizations that focused on communities of color. Most recently, she was the Diversity Program Manager at Facebook. Lisa joined Pandora last April to head up diversity initiatives. She was tasked with creating an overarching diversity strategy and executing it.

Here’s some insight that Lisa offered us about how Pandora is tackling diversity from several different angles.

The 9-year-old company has about 1,300 employees. Pandora is nowhere yet near the size they plan to be. They don’t claim to have diversity totally “figured out.” But they are making it a priority as they grow.

“It’s amazing to see that a company at this size that has a lot of room to grow is conscious in the way they are thinking about that growth,” Lisa told us. “They didn’t hire me now that they’re completely established. The company has a long way to go. They wanted to make sure that as they are scaling the company, diversity is one of their core values.”

When Lisa joined the company last spring, she spent her first month simply listening and learning about what people were already doing. “I went around and talked to a lot of our business leaders and community leaders who are passionate about diversity. I tried to understand what diversity meant to them.”

She asked them about some of the things they were proud of that had happened in the past and what else they would like to see in the future. Instead of instructing employees on what they should do, Lisa incorporated their opinions and insights as she drafted the company’s diversity strategy. She told us that one main focus is empowering different employee groups so they can have a voice in the diversity dialogue, both in the company’s culture and the way it conducts business.

Support the Surrounding Community and Get Involved

For Pandora, diversity extends beyond just the people who work inside its walls. Unlike most tech companies that have sprawling campuses outside of the city, Pandora is located smack dab in the middle of an urban environment. The organization is based in racially-diverse Oakland, and it’s a priority to support the community around them.

“We consciously don’t provide lunch to our employees,” said Marta Riggins, who heads up talent, brand, and events at Pandora. “The community around us doesn’t grow if we don’t support them.” By only offering stocked kitchens and catered meals on special days, such as days when there is a company meeting or a hackathon, Pandora encourages employees to leave the office and support local restaurants, many of which are women and minority-owned. When candidates interview at Pandora, they’re given gift cards so they can explore the neighborhood and eat lunch out. Oakland Uptown has experienced significant growth over the last 10 years and there is a direct correlation with the company’s rapid growth.

Pandora has also opened its doors to organizations in Oakland to make themselves available to the community. The company sponsors our monthly City Meetup networking events. Recently, they hosted Women Who Code for a hack night, Code Inclusion / PyInclusion, a class taught by Joy Dixon, a woman who is trying to bring more women of color to tech, and many other organizations looking to outreach to the east bay.

“Our vision for this year is to we leverage partnerships that already exist in the community and impact our immediate applicant pool in all areas, tech and nontech,” Lisa said.

Think Beyond the Pipeline

The tech companies who are thinking about diversity seem to be heavily focused on the immediate pipeline with their recruiting efforts to bring more women and people of color in the tech door. Pandora is doing the same. But that’s not all. They’re also focusing on other stages of the pipeline.

Better gender diversity is not just about hiring more women, but also about helping support women who already work in the field. Women leaving tech is just as much of an issue as getting them there in the first place. Female employees are more likely to leave if they don’t work alongside female management, mentors and colleagues.

So earlier this month, a group of Pandora female developers attended the Grace Hopper Celebration of Women in Computing conference to recruit, but also to bond. Lisa said initiatives like this are important for their employees to see such a strong community of tech talent outside of Pandora. When they are part of a community with other women who are also pursuing computer science and computer engineering, female employees are more engaged.

In addition, Lisa is actively working on a mentorship platform that’s focused on internal employees and their access to other Pandora Women in different stages of their careers.

When the “diversity in tech” conversation comes up, people often discuss gender diversity. In addition to ethnic and racial diversity, there are also other underrepresented demographics in tech that often get overlooked.

“Age is a big thing that people tend to overlook,” Lisa said. “Many of the startup companies and bigger companies that went through the recent tech boom tend to trend younger. A company that’s young in demographic impacts women and men who are looking to build families and who are looking for more balance in their lives because people are not as conscientious about the challenges people have outside of their jobs and the different roles they have to play.” Lisa says “Pandora seems to have a fundamental understanding of this because the company was founded by musicians and many Pandora employees are very creatively active outside of work.”

Another important group tech companies often overlook is veterans. “Being a veteran-friendly environment is not new to other industries,” said Lisa. “But it’s new to rapid-growth startups tech. There are some great transferable skills that we haven’t even begun to tap into.”

People with disabilities haven’t been mentioned much as well. “Tech companies talk so much about reaching everyone and being able to makes things easier for people,” said Lisa. “Just in the United States there are close to 50 million people with some type of long-lasting condition or disability. Innovating for everyone can’t happen if your product isn’t physically accessible.”

For Oakland-based Pandora, Lisa said socioeconomic diversity is also something that the company thinks about and encourages other companies to consider to priority. San Francisco and the Silicon Valley may seem to be doing well wealth-wise, but there are so many pockets of disadvantaged communities right in all of our backyards. “How can we work with communities below the poverty line and make an impact through jobs?”

While Pandora is proud to report better diversity numbers than most tech companies, they’re striving to do even better. They want to have more technical women on staff. They want better racial diversity among their employees. They want to be more involved in their surrounding community. Numbers aside, they strive to be a company where, like music, everyone’s voice is respected and valued. And they’re taking the right steps to get there.

How else can tech companies prioritize diversity? 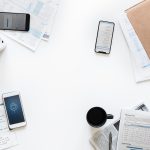 How to Help Make Your Tech Startup a More Diverse Workplace 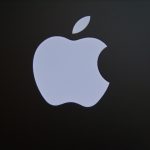 Shareholders Push Apple to Diversify Its Board and Leadership

What I Do: A Year of Diversity Work at Pandora

Drumroll Please! Our Next City Meetup Location Is…