theSkimm Raises $6M to Smarten Your Inbox Every Morning

Remember when each morning started with opening your front door, picking up your freshly-delivered paper, and flipping through crinkly newspaper pages to catch up on the news?

Today’s news works its way to us through a hodgepodge of what hashtags are trending on Twitter, what’s blowing up on Facebook feeds and what our moms worriedly texted us about. While we have the best of intentions to get ourselves up to speed about important news, we really just end up having a kinda-sorta general understanding of what’s going on around the world, but are a bit fuzzy (okay, really fuzzy) on the details. And now that Colbert is over, we’re really screwed.

We wish the news weren’t so time-consuming and boring. And it doesn’t have to be. If you’re reading theSkimm, it’s not. With their recent announcement of $6 million Series A, the startup is poised to banish boring news forever and make reading up the news a daily habit.

How theSkimm Was Born

Founders Danielle Weisberg and Carly Zakin were NBC News producers where they lived, breathed and reported breaking news and current events. Yet the journalists noticed not everyone was so deeply passionate about news. They were the go-to news gurus for friends who didn’t have time or interest to dig deep into the news cycle every single day. So they decided to create a pleasant way to share the news with their non-newsy friends — and the rest of the world.

Sounds like a tough challenge. But they’re certainly doing something right. Exactly one year ago, theSkimm was just Danielle and Carly on a couch. “theSkimm has been the little engine that could,” Danielle told us. “We started 2014 with two people. We ended with eight total employees. We’ve grown over 10 times this year, which means there is a lot of work to go around. We look forward to getting more hands on deck and better tools to help us be more efficient.”

So… What is theSkimm Exactly?

It’s a super skimmable newsletter delivered to your inbox every morning (except on weekends, because brunch.) theSkimm team stays on top of all the news, then shares with subscribers the stories and scoops that rise to the top — everything from what happened over the weekend with Muslim extremists in Paris to who took home mantelpieces at last night’s Golden Globes.

In each newsletter, you’ll find a just-right amount of info about what happened in the news the previous day, as well updates on developing stories. It’s also witty and a bit snarky, making theSkimm a completely refreshing way to read the news. Check out today’s Skimm to see what we mean.

“We see that we have created two things so far — a voice and a community,” Danielle said. “With our Series A funding, theSkimm plans to bring its distinctive voice to new platforms with the goal of making it easier to be smarter. We will also invest more into our community. Our Skimm’basadors have directly contributed to our growth goals and we are very excited to expand the program.”

Big Growth on the Horizon for theSkimm

Just last month, theSkimm announced $6 million in Series A financing, led by RRE Ventures. Seed venture capital firm Homebrew was one of theSkimm’s earliest investors and also participated in the round.

“As an investor I’m often asked about my ‘favorite’ companies and have written before about how much I dislike the question,” Homebrew partner Hunter Walk said in a blog post. “That said, theSkimm does belong in a special subset: startups where we were the sole institutional lead in the seed financing.” Here’s what Hunter wrote about the startup when Homebrew first invested in November 2013:

Homebrew invested because we believe in new players innovating within traditional markets. What we saw here… is that innovation comes from talented young industry professionals who are changing the status quo because they love the future more than the past. Carly and Danielle, theSkimm’s founders, were rising stars within their company, but they were willing to give up the safe path. They LOVE the news. They just want it to be written, packaged and delivered to their generation – and future generations – in a different way. And quietly they’ve built a six-digit subscription base that’s growing quickly because of passalong and word of mouth.

What’s Next for theSkimm

From the beginning, theSkimm nailed their focus. They had to. To build their platform, they needed lots and lots of people to subscribe to their newsletter. So last year, their no-ifs-and-or-buts-about-it focus was building their subscriber base. “Our goal for 2014 was user acquisition so it helped us stay on track in determining which opportunities were a ‘yes’ and which were a ‘no,’” Danielle told us.

But now that they have a strong user base — Oprah, Chelsea Handler and Sarah Jessica Parker can’t be wrong — the founders realize they need to expand their focus. “Learning how to prioritize is a challenge for 2015,” Danielle said. But the vision that drives how they spread their focus hasn’t changed. “From day one, the vision of theSkimm has stayed consistent. We set out to create a way to make it easier for our friends to stay informed — in a way that they actually enjoyed.”

Not a Skimm’r? Sign up for theSkimm and your mornings will thank you. 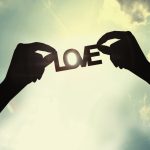 Disrupt Your Industry With Love, Not Contempt 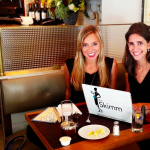 Reshaping the News: The Skimm Raises Seed Round from Homebrew

The Shift in the Automotive Industry Continues: Honda Names First Female to Board