Want that angel to write you check? Here’s what they’re looking for.

This post originally appeared on Medium and is part of the Hyde Park Angels Entrepreneurial Education Series, which brings together successful, influential entrepreneurs and investors to teach entrepreneurs everything they need to know about early-stage investment through events, articles, videos, and more.

Several months ago, Hyde Park Angels traveled to the Angel Capital Association’s Summit, along with hundreds of angels from around the world. There we had the privilege of meeting some of the biggest, most preeminent investors. Among them was Steve Blank, who helped pioneer the Lean Startup movement.

The topic these highly experienced, highly skilled investors came to discuss? What seals the deal for them — from specific metrics to founder attitudes and exit potential.

So, without further ado, here’s what the world’s best angels are looking for in startups and their founders.

Clearly, investors are looking for great companies to back. But just because a company is an innovative game-changer doesn’t always mean it’s investable. If the market is too small and the model doesn’t allow for scale or repeatability in other markets, there’s not much chance of an exit and as a result, a return on investment.

2. Founders Who Cut through the Vanity Metrics and Get to the Core Business

Smart investors can see through vanity metrics. In fact, the term “vanity metric” came up in at least five workshops, with companies that used them often touted as clearly “in trouble.” No one wanted to know the number of impressions for a given digital play. Even number of conversions was called into question unless they were also presented alongside conversion time and lifetime value.

3. Founders Who Know How to Listen

Founders who could agree to disagree and maintain an open dialogue in high-conflict situations came up repeatedly as the ones worth mentoring and funding. The consensus was that investors are sometimes wrong, but being able to have real, two-sided conversations help build trust and understanding.

4. Founders Who Get Out of the Building

Steve Blank stressed how important it is to seek out entrepreneurs who get out of the building and go find customers to talk to and understand. The best entrepreneurs aren’t necessarily the ones who use these conversations as a focus group, but the ones willing to get their hands dirty and use on-the-ground research to inform their respective visions.

5. Founders and Teams Who Know What They Don’t Know

And are always working to close the knowledge gap. In fact, the general attitude was that teams that learn quickly and are continuously learning are far more appealing than the ones who come in with expert knowledge but are unwilling to dig deeper.

About the guest blogger: As the Associate Manager at Hyde Park Angels, Alida Miranda-Wolff creates and oversee all of our marketing and communications efforts, projects, and programs, as well as plan and manages events, foster and main community and industry partnerships, and manage membership. Follow her on Twitter at @AlidaMW.

4 Ways to Negotiate with Your Investors Like a Pro

How to Find and Network with Investors 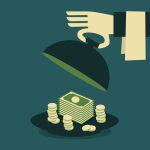 How to Measure Your Startup’s Valuation

How to Measure Your Startup's Valuation
Judith Martinez