Mrs. Claus is an Engineer

A little girl receives a promising letter from Santa.

I walked to the mailbox with my seven year-old daughter tonight the same way we do every day. Usually there is nothing exciting in the box. But today when we looked through the mail we found a letter from Santa!

She ran back to the house, and as soon as she was inside she ripped the letter open.

She noticed it started with “Hello Friend HerName” and she said to me that Santa must have lots of friends all over the world. If I am his friend then all the other kids are too!

She devoured the letter. She let out gasps of excitement and she laughed at other parts.
Then came this:

Mrs. Claus asked me to say “Hi.” She’s busy in the workshop fixing our toy-making machine. She has a degree in engineering from the North Pole University, so we rely on her when things act up.

Her eyes lit up! Her dream is to become a toy maker when she is older. She was excited to hear that Mrs. Claus was an engineer.

When she was heading to bed she said that when she is older she was going to write Santa and ask him for a job as a toy engineer at the North Pole.

This letter got her excited about becoming an engineer. It is exactly this type of thing that more girls need to see and hear often when they are growing up. They need role models. They need to see that STEM jobs are the kinds of jobs they can do.

Thanks Santa for making my Christmas wish come true — and to the helpers at Canada Post :-).

About the guest blogger: Dinah Davis is a software development leader with a passion for building strong relationships and innovative software. She is a Women in Tech advocate and girls in STEM evangelist. Check out her site at Code Like a Girl and follow her on Twitter at @Dinah_Davis. 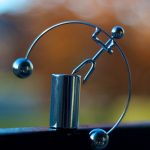 Why Should We Increase Women’s Participation in Technology, and How To Start Coding 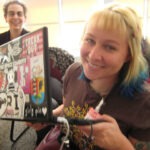 Why Women Need to Be At Tech Conferences 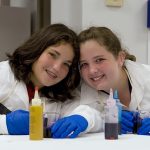 How TechGirlz Got Started: Showing Girls What Tech Can Offer 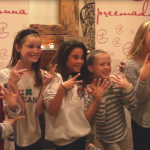 Smart Beauty: Building Tech with the Next Generation of Girls