Women, Work, and Wine: Are We Being Stereotyped?

Like wine, women are stereotypically viewed as sweet, classy, and “not as strong” as let’s say, scotch. Men are like scotch: strong, bold, and powerful.

Of course, women have long claimed seats at the table as the heads of multimillion dollar companies, startups, and nonprofit organizations that change the world. But there is still a pay gap, with women earning 80 cents to every dollar a male earns for the same role. Women still struggle to break the glass ceiling at work for coveted leadership roles and are often unfairly judged by both men and women, making it doubly difficult to escape gender discrimination.

As founder and CEO of a digital marketing agency myself, I understand the never-ending battle to be heard and taken seriously while treading the line between being viewed as caring and approachable and also in charge.

Difficult decisions must be made. We cannot always sugar coat the conversation and consequently, straightforward conversations run the risk of leaving us viewed as a “bitch or an ice-queen,” which might be the furthest thing from the truth. Being the head of a company or team does not, in fact, sterilize you from emotions.

On the other hand, women are often accused of being too emotional. Hillary Clinton experienced negative criticism on both sides of the spectrum during the presidential campaign; many felt she would be “too emotional” to be president, while others felt she was too serious, therefore making her “less womanly.” And let’s not forget the widely accepted belief that women who want to advance in their careers will be single and lonely forever. And yet many female professionals successfully balance work life and family life every day. Like hundreds of millions of us. All of these stereotypes, pushing and pulling from both sides, unfairly place femininity in an inferior position.

As we continue to fight for our seat at the table, let’s make sure we unite beyond the national marches, and every single day strive to:

•    Break up the idea of the good ol’ boys club and create a good old girls club!

•    Let’s pull together, it’s not a competition – we are all in this together.

•    Never miss an opportunity to bring younger women up and mentor.

•    Call out mansplaining – we are capable and intelligent business women – we get it.

Are all women caring? Are all men strong? Of course not. Stereotyping by gender has long-lasting affects in our workplaces and personal lives. The solution is to not politicize and polarize opportunity and power via gender, but to level the playing field and advocate for equality.

Laurel Mintz is founder and CEO of Elevate My Brand. 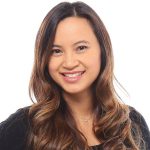 Hear Us Roar: A Manifesto for Women and Minorities in Startup, Tech, and Business Communities 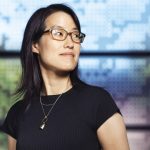 Catalysts for Change: The Team Behind Project Include 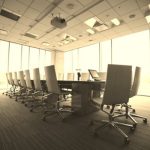 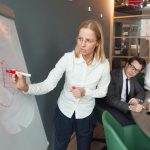 Are Women Penalized for Being Team Players?
Judith Martinez