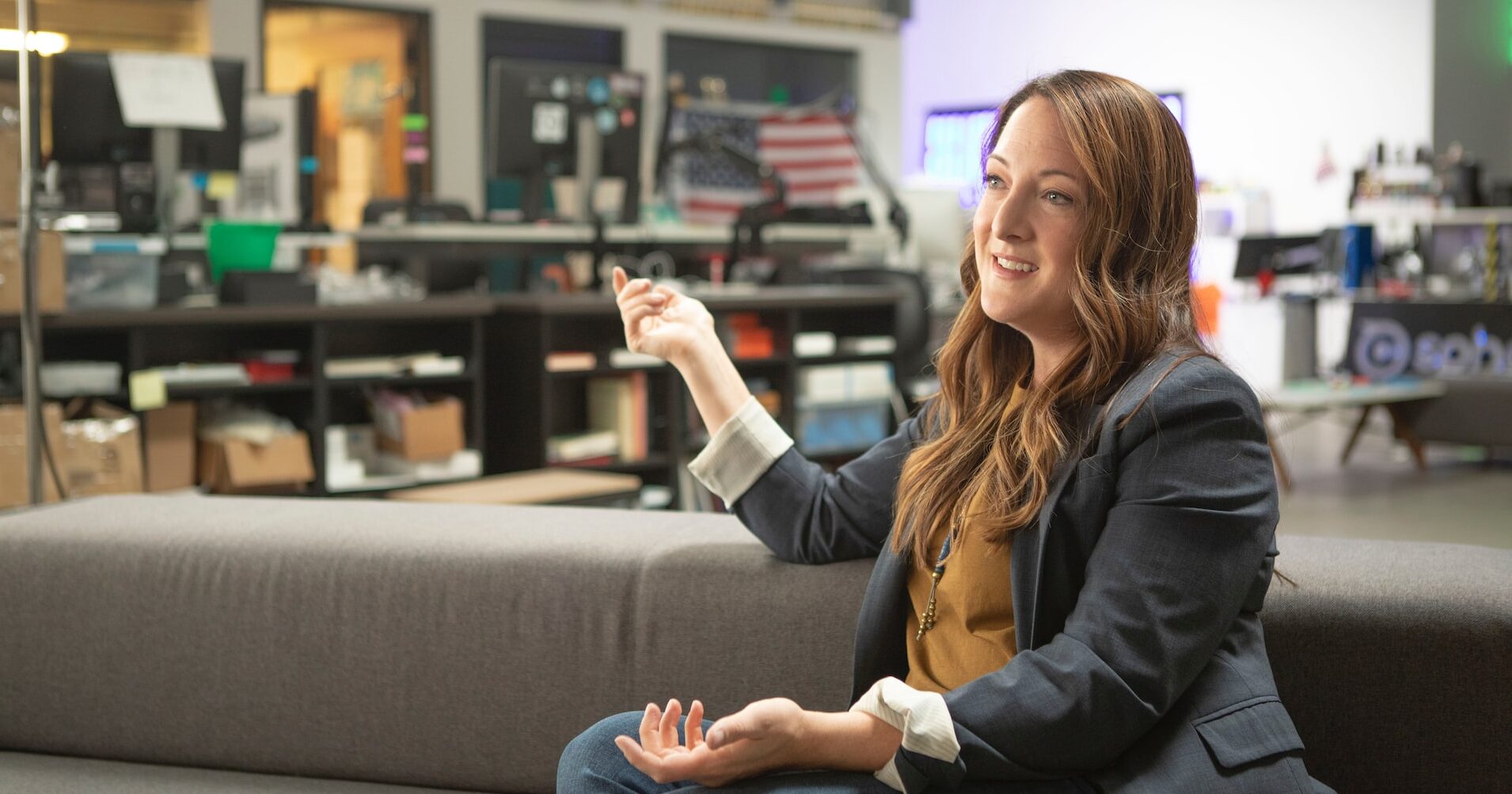 It’s been a few years—almost four, to be exact—since a four-letter word opened my eyes and sparked something of a movement.

When I first wrote about the word I never foresaw that my article, first shared as a Woman 2.0 blog post, would receive millions of views, spark hundreds of response pieces, and inspire developers to launch plugins or product changes to track it, and even get a mention on The Today Show.

The word is “just,” and it hit me like a strong wind at a Women 2.0 gathering in San Francisco back in 2014: an event where founders, female and male, stood up and practiced delivering their pitch to a crowd of listeners.

I noticed something in their language, something I’d noted as I moved from Google to a smaller, largely-female company. Women and men, I sensed, seemed to speak in different ways. “Just” hinted at the difference.

The results opened my eyes.

A few weeks later I tried a small experiment: tallying the use of “just” in the pitches women and men delivered. The results opened my eyes. The frequency with which women, at least at those pitches, used the J word was startlingly higher than it was with men.

This insight got me thinking, researching, and writing about the way women can be conditioned into subordinate mindsets simply by…well, being women. In subtle and often invisible ways, we receive messages that challenge and undermine our natural confidence and right to equality.

Unwittingly, unconsciously, we assume a subordinate role, often without even knowing it.

Like any human, we record the roles external forces condition us to adopt. We may work hard to be, and feel, empowered and autonomous. But our unconscious recording shows up in our words.

My exploration of “just” was based on a hunch. Yet researchers who analyze mass-scale language patterns—spanning written and spoken content across cultures and centuries—prove that the language gap is real. Gender differences DO show up in language – profoundly, as computational linguists at the University of Texas and far beyond demonstrate.

Men’s language is about things and what is happening to those things: nouns, verbs, and prepositions dominate their speech and writing.

Women’s language reveals patterns of connection and relatedness, of interactions and interdependencies and above all pronouns—the “she, he, we, they, us” sorts of words – in ways that are well beyond statistically viable.

It rises from research spanning billions of words in conversations, paragraphs, tweets, posts, essays, and snippets captured over time and across language groups. The data shows it’s more than “just” that separates the sexes: it’s a whole way of communicating.

And communication, needless to say, is the product of our thoughts. Our words reveal not only what we’re aware of but the hidden, and equally important, thoughts at the core or our identity.

Is this nature or nurture? Well, while science tussles over the answer, here’s mine: both.  Female and male brains do display anatomical and possibly functional differences—but social conditioning takes those differences to a whole new level. From the words we hear as infants to the toys we play with to the places we sit in our classrooms, we get—and shape ourselves to fit in with—the expectations society directs us to.

This isn’t a “woman” thing. It’s the way humans work.

We’re all the products of our biology and of the culture we’re part of. Our brains begin a lifelong process of responding to our environments from our earliest days of life: that’s how we learn. The ability to learn from and adapt to the messages around us is obviously an important factor in our ability to survive.

Yet the messages women (and men) are exposed to today, in the media and far beyond, seem swayed to gender roles that aren’t necessarily ones we’d choose for ourselves. The impact shows up in our confidence and our choices. And it definitely shows up in our words.

That’s why I’m glad I wrote the “Just” article, and grateful to Women 2.0 for publishing it first. Writing it made me aware of when and why I used the word, which helped me upgrade my mindset and communication. Based on thousands of messages I’ve received since 2014 it’s made other people more aware too.

Since awareness has a way of inspiring more awareness, it’s satisfying to think that one small word might have helped spark a groundswell.

Like this Gmail plugin that scans for “just” and other dilutive words screens them out—and conversation, including hundreds of response pieces and a few contrarian challenges that I’ve learned from, even when I disagreed.

And it’s encouraged me to keep writing and teaching about empowerment, something anyone of any gender deserves.

Interestingly the most common comment I get from readers of the article is “I’m guilty of saying “just.”

I always reply with “Not guilty: simply conditioned.” Then I probably deliver as much encouragement as I can fit in to 140 (now 280) characters, or point them to this article on lifelong conditioning that values women for appearance, not intelligence or strength.

I’m passionate about helping women and everyone else use the power of awareness, mindfulness, and the brain to get more of what they want out of life. My new book, The Happiness Hack, guides new paths to building focus, purpose, and life satisfaction through brain-aware practices. It’s an easy, actionable guide to staying in charge of creating the life you seek. I hope you’ll check it out.

Innovation coach and tech pioneer Ellen Petry Leanse has spent 35 years working with extraordinary leaders at Apple, Google, Facebook, and with dozens of tech startups. In her nine years at Apple she served on the Macintosh launch team (1984) and led the company's pioneering work in creating digital communities (1985). Her work since then has spanned entrepreneurship, investing, and strategy consulting. Today, combining decades of perspective with insights from neuroscience, design, and mindfulness practice, Ellen guides companies and individuals to “think different” about life satisfaction, relationships, impact, and the paths that build them. An author, Stanford instructor, and respected Silicon Valley influencer, Ellen is passionate about intentional living and how our brains can shape or interfere with our sense of purpose. Her book “The Happiness Hack” guides mindful ways to train the brain to increase focus, sense of purpose, and life satisfaction.