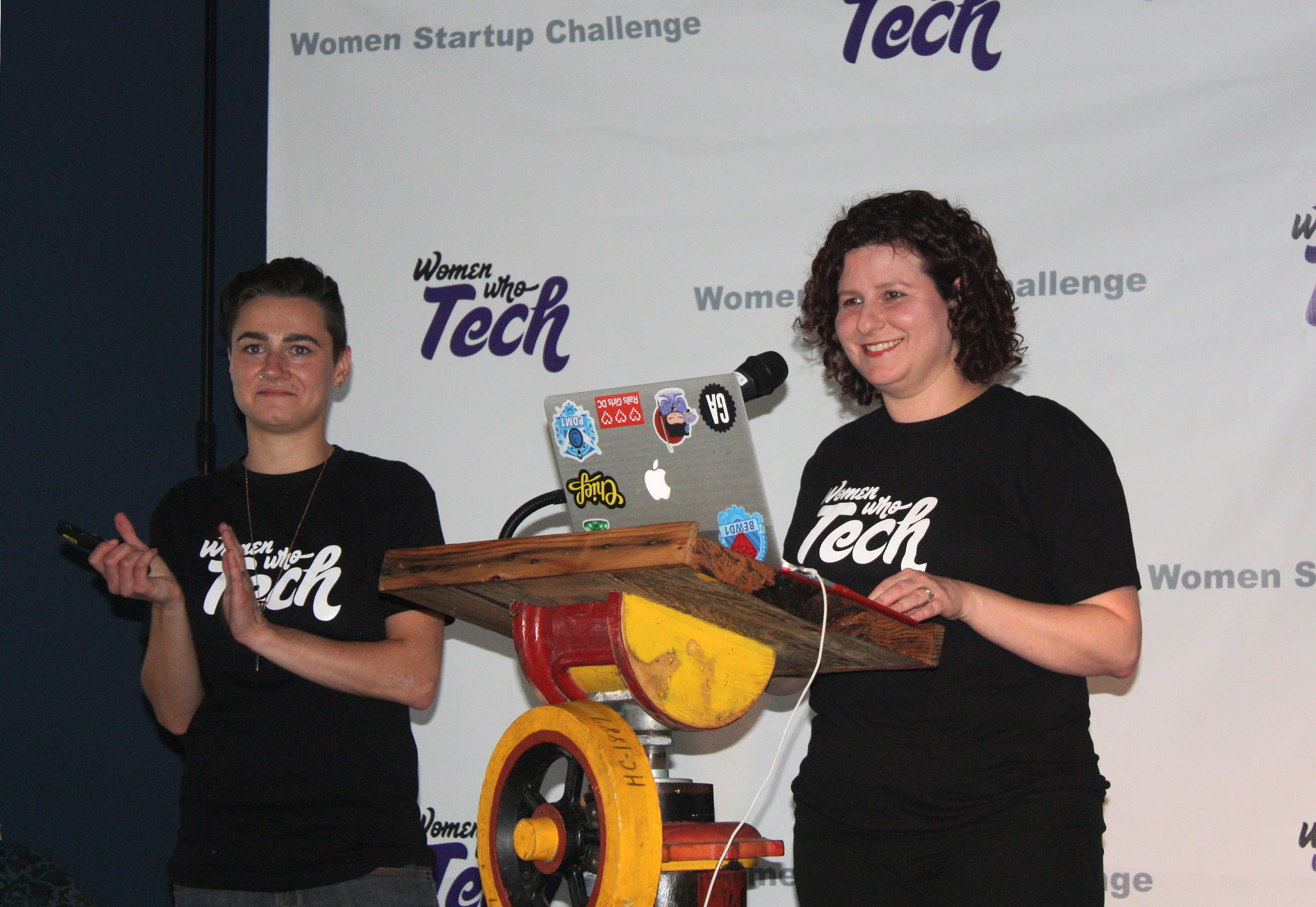 Access to Capital: Women Startup Challenge in Its 6th Year

We had an inspiring conversation with Allyson Kapin, founder of Women Who Tech and the Women Startup Challenge, one of the largest pitch competitions to showcase and fund top early-stage women-led technology startups focused on leading areas such as Augmented Reality, Blockchain, IoT, Space and Robotics, Transportation, Biotech, Virtual Reality, and Energy tech.

The contest, in its 6th year, runs through Dec. 19, and will give 10 finalists the chance to pitch their emerging tech ventures before a panel of prominent investors at Google’s New York-based campus on March 6, 2018.

It seems like you founded Women Who Tech in a flash of frustration at the status quo that was keeping women such a small minority in tech. Can you describe the moment you came up with the idea? And how many steps did it take from that spark to see your impact?

I started Women Who Tech a decade ago to cast a spotlight on the lack of women panelists and keynote speakers at tech conferences. Several conference organizers I spoke with at the time said they did not know many women in tech to even invite to participate, which I found confusing and, frankly, lazy. Within a few days of having these conversations, I launched Women Who Tech with the goal of bringing together a community of women who were breaking new ground in technology to transform the world and inspire change.

The first program I produced was the Women Who Tech TeleSummit which brought hundreds of women (and some men) together online for a virtual day-long conference. We’ve featured inspiring women such as Arianna Huffington, Angie Chang (one of the cofounders of Women 2.0), and Rashmi Sinha (cofounder of SlideShare).

We’ve also had other panelists like Clay Shirky who sparked a spirited debate about whether “enough women have what it takes to behave like arrogant self-aggrandizing jerks to get ahead?” Or put another way: how do we deal with filters and responses to the self-promotional culture that appears to discern a gender imbalance in hiring, funding, and speaking?

The impact was felt immediately. Many women in tech felt like they could finally be part of a conference that they could relate to, and that enabled them to have frank discussions with others who were going through similar experiences.

After hosting several Women Who Tech Telesummits and networking events across the US and in Europe, and seeing the rise in the number of organizations advocating for women in tech and STEAM, we took a step back to evaluate what other obstacles were holding women in tech back.

We learned that while code is power, that power becomes more diluted if women don’t have access to capital to scale their products. That’s when we launched the Women Startup Challenge to disrupt a culture and economy that’s made it exceedingly difficult for women-led ventures to get funding. 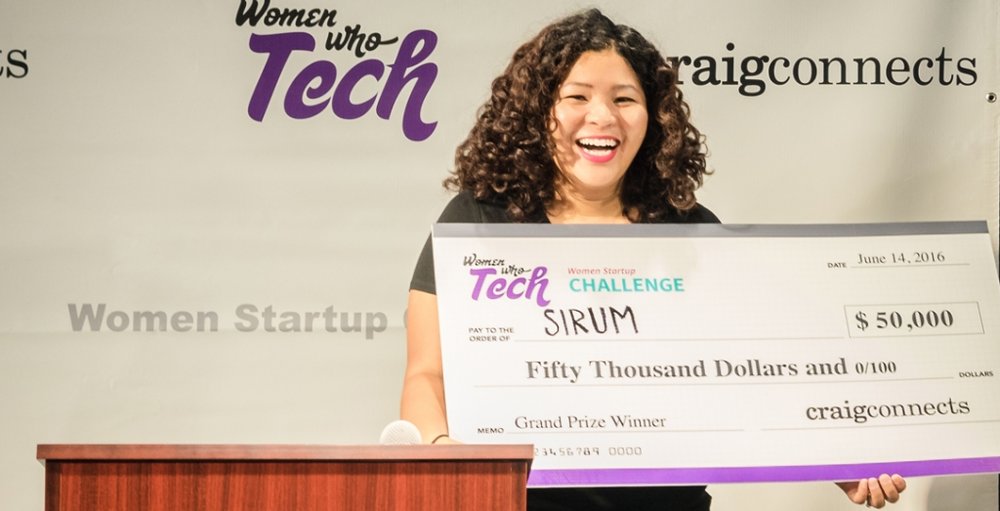 The 6th annual Women Startup Challenge is opening for applications now. How have you seen the competition change since your first year?

As we’ve built the Women Startup Challenge brand and expanded our reach, we’ve found that each cohort of applications and pitches get stronger. We have a proven track record in identifying the most promising early-stage women-led ventures who are solving problems for people, businesses and the planet. The startups cross a variety of sectors including robotics, VR, health tech, blockchain and more. We’ve smashed the perception that women-led startups are only focused on fashion or accessory type products.

In addition to the funding, mentoring, introductions and resources that Women Who Tech provides, the finalists are raising more money after going through our program. After only 5 cohorts of finalists thus far, they’ve already raised $20M+ in follow-up funding.

These women have developed products that are game changers and that have the potential to make an enormous impact in the world and the ways we use technology. I think we’ve already discovered the next Steve Jobs and Mark Zuckerberg, but the tech world will never know her or her product unless we fix the leaky pipeline and be more intentional about funding diverse startups.

You have backing for Women Who Tech (and this startup challenge) from Google and others. Describe how you got that support.

We go out of our way to network with a lot of investors and tech companies and invite them to be a part of Women Who Tech. It’s imperative that we all work together if we’re really going to make a dent and fix the gender and funding gap in tech. We are so grateful to all of our supporters who believe in our mission. However, despite the support we do receive, there’s still a lot of talk and little action about diversifying the tech sector. We intend to change that.

Any past entrants to the challenge just totally knock your socks off?

That’s a tough question to answer as each one of the finalists went through a rigorous process to get on that stage to pitch for the $50,000 grand prize; they are equally impressive.

For example, LIA Diagnostics got fed up with at-home pregnancy tests, a design that hasn’t changed much in over 30 years. So as a response, they created the first flushable and sustainable pregnancy test using paper. 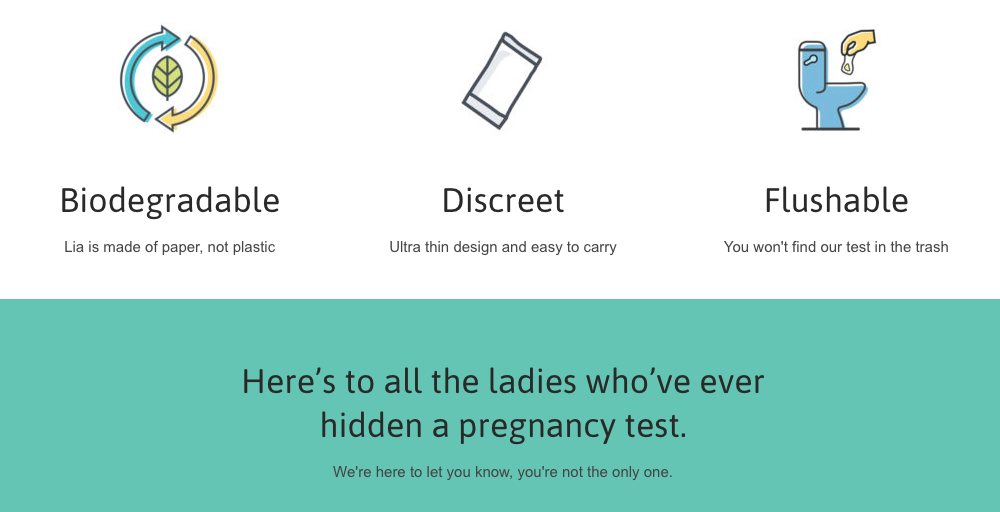 On Second Thought created an app that allows you to take back text messages that, on second thought, you did not mean to send.

Open Bionics created 3D printed artificial limbs that are themed with superhero designs for children. In addition to the lowering the product cost from $25K to $5K, they’ve solved the problem of outfitting artificial limbs for children of all ages, which is a problem that had not been solved until now. 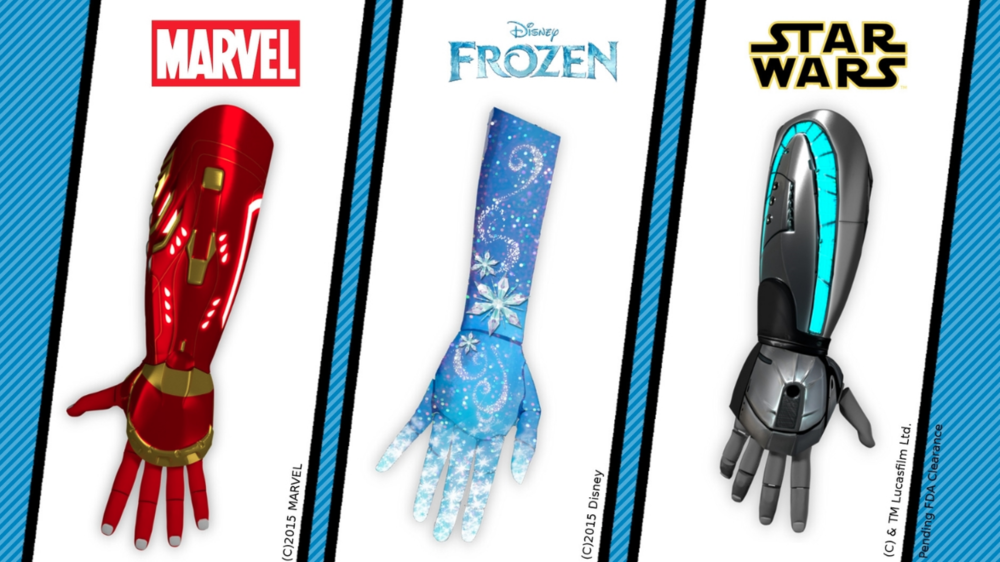 Intelligent Space has developed the technology to tow away dead satellites in space and block them from space debris to help prevent power outages and other negative impacts around the world.

MyDidimo is an Augmented Reality startup that has developed the first tool to create a 3D virtual character starting from a single photograph. In about 2 minutes you have a life-like avatar that can speak, move, and talk in a 3D world.

Wow. You were a cofounder of the huge Rad Campaign and have your feet firmly planted in communications and marketing. Can strong marketing singlehandedly fix this problem of gender parity in tech?

I’ve been working on campaigns for several years through the web agency I cofounded Rad Campaign. Marketing is just one of many tools needed to make a real impact on gender parity. Campaigns can be helpful in raising awareness, and shining spotlights on problems and solutions, but what we really need to tackle gender parity (and diversity in tech) is cultural change.

If diversity were considered a bug in a product, we would have fixed it by now. But this problem is deep rooted and hardwired from an early age. It will not be fixed overnight. It will not be fixed by companies hiring Chief Diversity Officers who have limited access to the C-suite and little decision making power. And it will not be solved by throwing money at the problem.

We’ve been seeing more funding invested in teaching young girls to code, which is very important. As I said before, code is power. But equally important is supporting women in tech right now so that they have the opportunity to grow, advance and access capital, enabling them to flourish and serve as role models and mentors to younger generations of women.

While we’ve seen a decline in women majoring in engineering, we’ve also tracked a growing trend of women leaning out of tech. We cannot continue to invest in coding programs for young girls without supporting the women who work in tech now. These investments have to be supported in tandem to be successful.

Tell the Women 2.0 readers a bit about yourself. 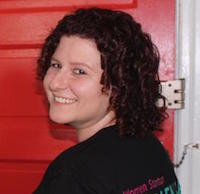 I got more heavily involved in tech while I was in grad school and created an interdisciplinary program in multimedia. The program was a combination of multimedia design, internet marketing, and documentary filmmaking. I immediately recognized the major impact tech could have on promoting social justice issues and mobilizing people into being part of larger movements. A few years later I cofounded our web agency Rad Campaign and never looked back.

What Will 2013 Hold For Women In Business?