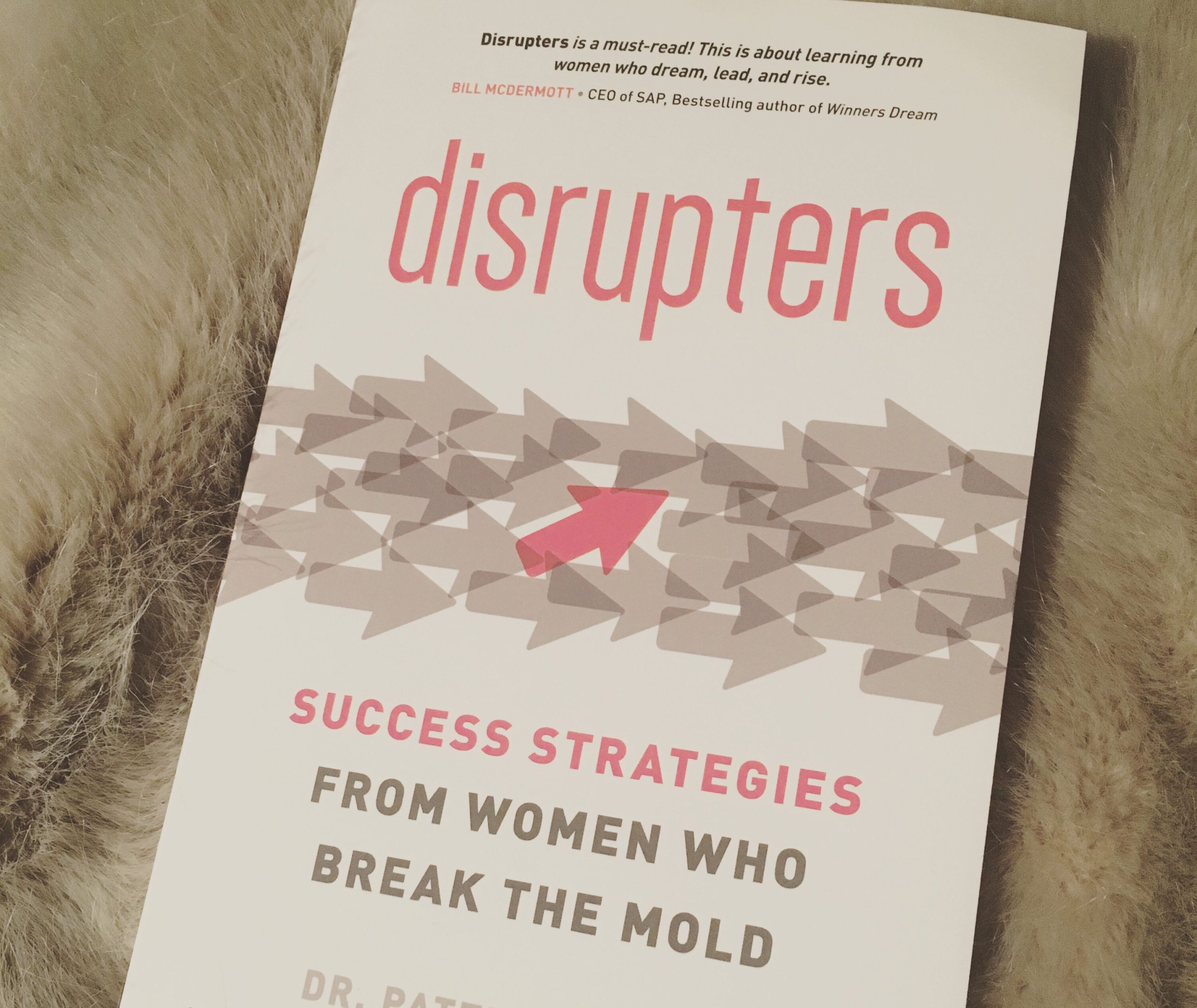 Disrupters: Success Strategies from Women Who Break the Mold [Book Review and Excerpt]

I had the pleasure of reading Dr. Patti Fletcher’s new book Disrupters: Success Strategies From Women Who Break the Mold.

Fletcher sets out to give readers a new way of thinking about a business world that she sees as being stacked against women (and, let’s be honest, most of us see that).

Using a combination of research—both on how the “old rules” were created and affect women in business, and on the positive impact women make on business—combined with anecdotes from dozens of women, Fletcher paints a picture of women achieving success by breaking those rules, not molding to them.

She spends the first chapter giving us the lay of the land (sigh!), and some of those downer stats we all need. Then she dives into the rule breaking, through stories, history, and more research.

She hits specifics—like why not to use the word ’empower’ (Patti, if you’re reading this, our team will tell you we’ve banned that from our lexicon a while back!)—and walks through empowering (just kidding!) issues like figuring out your own version of success, how to think about your family while pursuing your career, getting yourself out of your own head, throwing Imposter Syndrome out the door, mentoring and why it works, networking, leadership, and more.

It’s a great read, full of energy as it make really solid points and gives you tangible action items (and if you know me at all, you know I need tangible stuff to walk away with).

We’ve included an excerpt below.

The following excerpt is from Disrupters: Success Strategies From Women Who Break the Mold.

Stop Letting Criticism Limit Your Success and Reclaim Your Confidence

If you really want to earn that success you’ve been dreaming about, learn how to stop internalizing criticism and begin to neutralize it.

I wish I could say the disrupters I know let sexist critiques flow off them like water off a duck’s back, but it takes time to learn — or, rather, unlearn — how to stop internalizing criticism and begin to neutralize it.

It takes practice to shift from “Everybody says I need to change how I do things . . . maybe they’re right?” to “Let’s focus on what’s important here and ignore what isn’t.” The women I interviewed or coached are amazingly good at this. Even if there’s an old white dude threatened by the only woman in the room and coming after her with a vengeance, a disrupter is adept at placing his attack in context and not letting it derail her from her goals.

“Take criticism seriously, but not personally. If there is truth or merit in the criticism, try to learn from it. Otherwise, let it roll right off you.”

One of my interviewees told me, “There aren’t a lot of women who have the confidence and self-esteem to fit in what is, quite honestly, always a group of men. I’m the only woman, always. The key to my success has been to add my points without feeling intimidated.”

Another described her “painful experience of feeling stupid without being willing to believe it.” It used to be that when she had a question, she automatically assumed the problem was with her. Now, through experience and developing her confidence, she says, “When there’s a problem, the answer isn’t that I’m dumb. That was a huge step for me.”

From the time we’re little girls, women spend a lifetime exposed to the constant barrage of negativity that we need more skills vis-á-vis men. We’re traditionally raised to expect to do different work than men. Even though it’s a half-century out of date, much of the U.S. still holds on to that 1950s image of the husband going to work while June Cleaver stays home to manage the household. Of course, that’s been the traditional role for millennia: The men left the cave while the women reared the kids. And if you’re a caveman, there’s a certain logic in letting the stronger of the species go risk their lives wrestling woolly mammoths while those with the mammary glands nurse the young.

But, we’re not cavemen anymore. The 1950s is behind us. Today, not only is it normal to have dual-earning families (60 percent in the U.S.), but we’ve even seen a surge of maternal breadwinners (40 percent of U.S. households and almost a third of European) where the mother earns at least half the family income — if not all. Of these, many are headed by single mothers: Almost two-thirds of the maternal breadwinners in the U.S., for example, and about half in both the U.K. and Germany.

Despite these demographic trends, we’re still expected to fulfill the traditional role of a woman: More than half the survey respondents in the Pew Research Center’s 2013 “Breadwinner Moms” study said that children are better off if the mother doesn’t work outside the home; just eight percent said the same about the father.

We spend a lifetime exposed to the constant barrage of negativity. We’re made to live by a certain set of expectations that don’t exist for men. It’s normal for a man to be a gynecologist, but it’s novel for a woman to be a proctologist. Girls are still channeled into traditionally feminine roles and careers. We’re forced to play a rigged game where, even if we follow the rules, we lose.

Instead of neutralizing these messages, we internalize them. It becomes a personal attack (instead of recognizing it for the systemic bias it is). From entry-level employee to CEO to board member, women are constantly bombarded with the message that we aren’t enough. We need to be something else. We need to change. We need to be “more.”

“I look back at the year when I started to act more like myself and less like many of the men around me. That was the turning point for me in my career. I would never be on the boards I’m on today if I hadn’t made that change.”

What breaks my heart is listening to women who’ve internalized that message. Despite impressive accomplishments, newsworthy achievements, selfless sacrifice for loved ones and overcoming incredible odds, their internal monologues match what they’ve been fed their whole lives. They’ve been made to feel “less” to the point that they believe it.

Learning to neutralize the message is about believing in yourself despite your self-doubt (triggered from within and without). It’s relying on your past experiences, on your demonstrated ability to rise to the challenge and on your capacity to do so again.

Get your copy of Disrupters: Success Strategies from Women Who Break the Mold

* This review and all reviews are at the discretion of our Editorial Team, with each book hand-picked by our staff. Women 2.0 does not get paid for these reviews. We may collect separate affiliate returns.

Kate is the CEO of Switch and General Partner of the W Fund. She combines her operational experience in startups and her deep expertise on and central commitment to gender and representation in the startup ecosystem to position her as a leader on the creation and development of a more equitable future for our innovation economy.