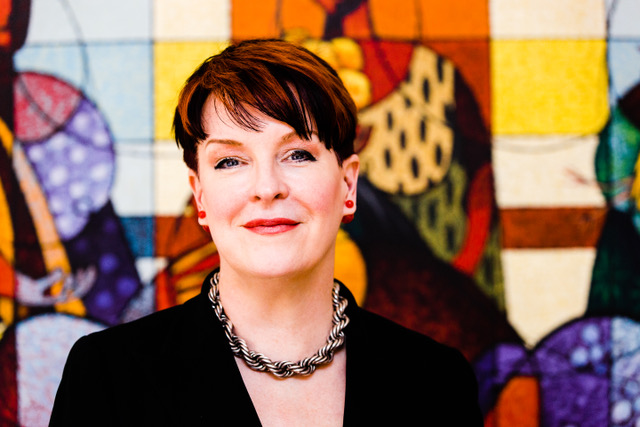 Excerpted from All the Brains in the Business: The Engendered Brain in the 21st Century Organisation.

‘Be the best man you can be’ is the way that many modern organisations recognise and encourage their leaders – men and women alike – to take their power. This approach misses a huge trick: the way women tend naturally to take their power is different from the way that men typically express theirs. In my experience, the more female or male the actual brain in question, the greater the difference in the way power is expressed and used.

Most work cultures significantly under-leverage many of the brains in the business – notably the more female ones. My bespoke client research shows that this is indeed the case with up to 30% of the brains in certain key populations being under leveraged because of work practices that value more typically male approaches to power and politics. This 30% includes men with higher female brain sex scores too. Brain sex is not binary.

We are at a pivot point in history where we ignore these potent brain differences at our peril. In the midst of a pandemic the future of our planet depends now more than ever on our capacity to work intelligently together, integrating diversity to its fullest – and fast.

Looking at the underpinning neuroscience can accelerate our capacity to see, understand, value and utilise the subtle but significant brain sex differences that exist.

Competition and Hierarchy and the male brain

The male brain and body produce between 5 and 20 times more testosterone (T) than the female brain and body. Testosterone, the macho king of the hormones, promotes the behaviour of dominance and competition, fuelling a focus on the importance of hierarchy and protecting one’s turf. So even a low T man is likely to care more about his place in the pecking order than the average woman, or at least he may care more about being further from the bottom of the ranking than a woman for whom her ranking may not matter at all.  She notices and focuses on other things.

This neurobiological fact has a huge impact on workplace culture.

Women are more likely to seek collaboration than most men. Why is this? On average, women produce between 5 and 20 times more oxytocin than men. Oxytocin is the bonding hormone and promotes collaborative behaviour.

With lower and less potent testosterone levels, women generally care less about their place in the pecking order and more about being in relationship with colleagues rather than competing with them. Relational power in the organisational system is used by women to a far greater extent than men though from a male leader’s  T- driven perceptions of the world very often men are blind to those processes and do not value them as organisational behaviours.

Many large corporations say they want to create cultures of cooperation and collaboration to enhance innovation and agile execution. Yet they overtly measure, reward and encourage behaviours that promote individual winning, drive hierarchy and promote competition.

Research in 2010 demonstrated that women are significantly more likely to apologise during meetings than men. In fact, what women are doing in apologising is seeking to ‘match’ their colleagues and demonstrate equality of connection rather than competition and being higher up the hierarchy.  ‘Sorry if someone has already mentioned this, but one thought I’ve had is…’. The female intention is to put a colleague or opposite number in a meeting at ease. This tendency to equalise through the form of apologising is very often misconstrued as a lack of confidence. This is usually is not the case at all. I have had countless impressive, powerful women sent to my coaching consulting room where the seeming objective is to help the woman in question deal with a lack of confidence. The issue is rarely confidence. It is usually the case that there is in an incapacity to spot how these women are taking their power in a very different way.

The compete vs collaborate brain preference is missed and causes confusion. The joy of this understanding is that women relax in relief as they realise that confidence is not the issue. They knew it was not. They felt unseen but could not put their finger on why. The problem was they were not being male. The neuroscience helps to shine a light on the conundrum. It also raises the possibility that many training courses for women leaders need to be radically re-shaped.  The female brain manages its owner quite differently from the male brain.  It is, after all, the brain’s single critical job to manage its owner well not, when we are grown up, on the basis of a man’s perception of how the world should be but in utilising its strengths most advantageously.

In some 2008 research by Davey women reported lower individual motivation and increased stress as a result of having to play the politics in a more male way. In the neurobiological stress response for women, oxytocin levels go up, increasing the tendency to resolve the stress in a non-competitive way (tend and befriend). For men under stress, testosterone levels go up and oxytocin levels go down. Behaving competitively in a stressful situation actually has a soothing impact on his nervous system. The opposite is generally true for women.

This neurochemical female–male difference goes a long way to explaining Davey’s (and many others) findings. This diametrically opposed difference is very little known and very often misconstrued. In the dominant work cultures of today it is women who are mostly misunderstood. When these neurobiological differences are leveraged they can play a hugely positive part in dealing effectively with conflicts, negotiating effectively and winning deals. Different sex brains do different things under pressure. Know it, see it, use it.

There are some 100 differences between female and male brains. About a third of these are important for leaders to know about, understand and enable. What gets measured gets done. If most of what is being focused on suits some brains much better than others business are forcing many brains to ‘drive with the handbrake on’ and huge amounts of performance potential goes wasted. This is wider than a simply male female issue – many male brains are too often in ‘survive mode’ too.

At this pivot point in history we can really take advantage of the ‘stop and think’ moment that the corona virus has forced upon us to radically re-think what we measure, how we measure it and how we execute for performance. We have an enormous opportunity to go back to work differently.  Let’s create a world where the genuine inclusion of diverse brains is reality. We miss this pivot point at our peril. The possibility to welcome all the brains exists. It’s right between our ears.  Let’s partner intelligently and differently now and design our way forward with neuro-scientifically informed insight.

Kate Lanz is founder and CEO of mindbridge, a UK-based global coaching company specializing in the power of modern neuroscience and releasing latent brain potential at work. She is co-author of All the Brains in the Business: The Engendered Brain in the 21st Century Organisation (Palgrave Macmillan, 2020). Learn more at mindbridge.co.uk.