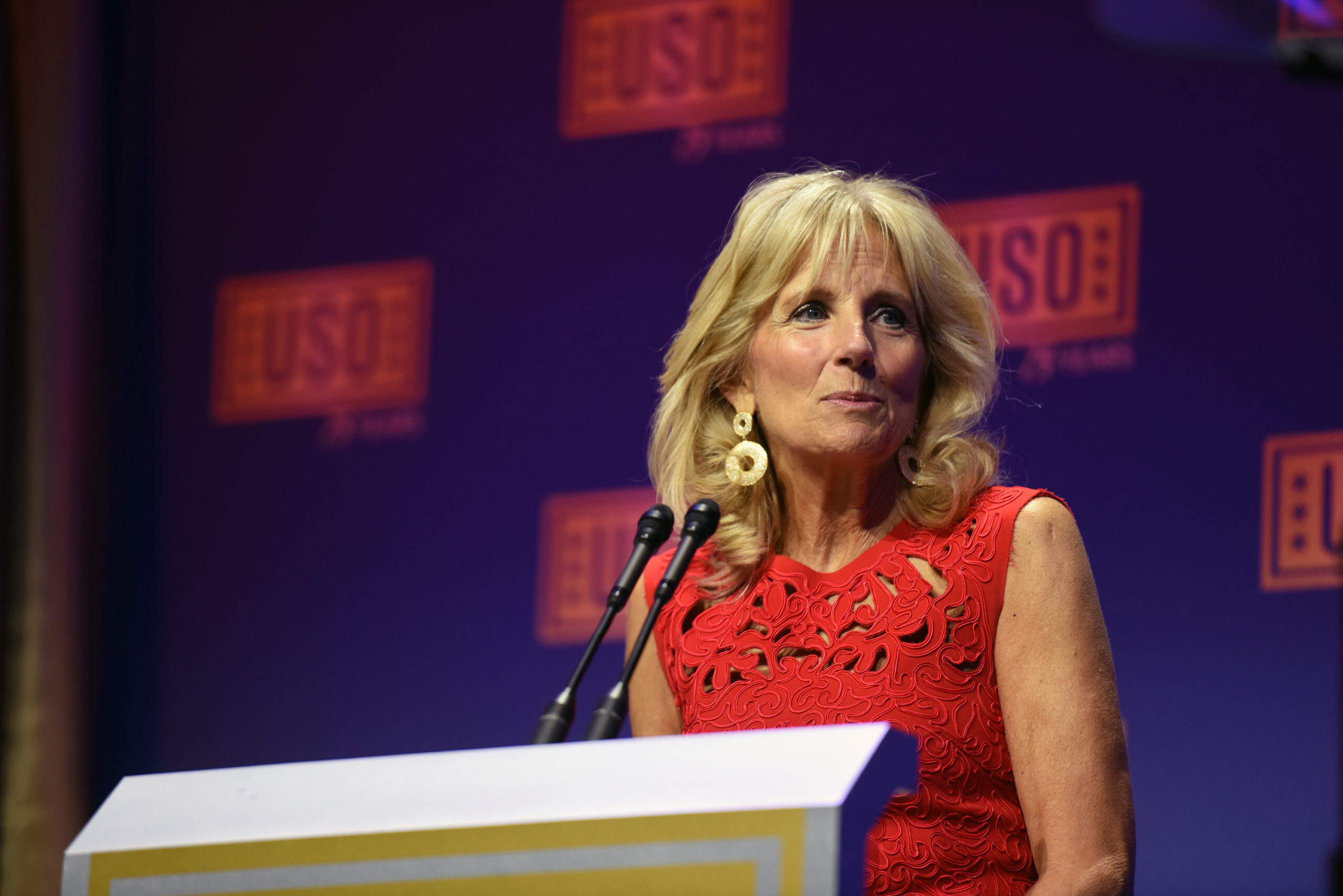 An Opinion Writer Urged Jill Biden to Drop the ‘Dr.’ (He Got the Backlash He Deserved.)

Joseph Epstein’s op-ed in The Wall Street Journal was breathtakingly sexist. What on earth was he thinking — or was he even thinking at all?

“Madame First Lady—Mrs. Biden—Jill—kiddo: a bit of advice on what may seem like a small but I think is a not unimportant matter. Any chance you might drop the ‘Dr.’ before your name? ‘Dr. Jill Biden’ sounds and feels fraudulent, not to say a touch comic.”

“Your degree is, I believe, an Ed.D., a doctor of education, earned at the University of Delaware through a dissertation with the unpromising title ‘Student Retention at the Community College Level: Meeting Students’ Needs,’” continued Epstein. “A wise man once said that no one should call himself ‘Dr.’ unless he has delivered a child. Think about it, Dr. Jill, and forthwith drop the doc.”

Epstein’s suggestion was met, swiftly and unequivocally, with outrage online. Scores of women — and men — said it was not only blatantly sexist, but also underscored the way some men can dismiss or disparage women’s credentials. Many also called on The Journal to remove the piece and apologize to Biden. And even Merriam-Webster chimed in with a noteworthy article.

“Some men are so threatened by educated women,” tweeted Audrey Truschke, an associate professor of South Asian history at Rutgers University, who called Epstein’s piece a “misogynist, self-absorbed screed.” And as an organizational neuropsychologist, specializing in gender brain diversity, I couldn’t agree more.

The male response to powerful women

Put simply, there are two types of male response to smart, educated women in powerful positions.

First, there are those men who applaud, welcome, and seek to partner with powerful women — understanding, among other things, that women bring something uniquely good and different to the table. These are the men that recognize that human society needs real change, and that the hero leader and hierarchical paternalism are no longer acceptable. They know that our current ways of being, thinking, and working won’t sustain us into the future. And they get that a more collaborative, collectively intelligent approach — one that is more aware, diverse, and inclusive — is vital to real, forward-thinking success. In other words, rather than being threatened by powerful women, these are the men invigorated by them.

Second, there are those men who respond to powerful women with a sense of fear or inadequacy, and with little to no capacity to partner with them. Generally, this correlates with the ancient mammalian brain, which is highly tuned to watch for threat. Likewise, when the male brain feels threatened, testosterone levels typically rise in response to the danger. And testosterone promotes a competitive response and, often along with it, a puffed-up (albeit insecurity-ridden) banter.

This phenomenon was on full display in Epstein’s missive to Biden. In fact, one could argue that it was more about him than it was about Biden, including his lesser qualifications. (In his own words, he has “only a B.A.”) And according to an article in The New York Times, while the 83-year-old Epstein mused that he had taught at Northwestern University for 30 years without a doctorate or any advanced degree, Northwestern was quick to issue a statement, saying that Epstein had not been an adjunct lecturer there since 2003, and that the university “strongly disagrees” with his “misogynistic views.” Moreover, the university’s Department of English said in a separate statement that it rejects Epstein’s opinion “as well as the diminishment of anyone’s duly-earned degrees in any field, from any university.”

What’s wrong with this picture?

Yes, Epstein’s screed in The Journal says a lot about him. But, especially amid the ever-evolving #MeToo movement, it also highlights much of what’s going wrong in our current socioeconomic system, and why now is the time to fully confront and change things.

The need for any man to publicly diminish a woman with a doctorate in education, whose dissertation focused on retaining students in community colleges, speaks volumes about the sexism, misogyny, and elitism that continues to exist in the modern era.

In a tweet, Biden’s own message was clear: “Together, we will build a world where the accomplishments of our daughters will be celebrated, rather than diminished.”

One reason that men and women tend to think and act differently relates to the unique neural patterning of the male and female brain. Specifically, research shows that the male brain is optimized for intra-hemispheric communication, while conversely, the female brain is optimized for inter-hemispheric communication. This means that the connectivity in the female brain is more active between the two cerebral hemispheres, as compared to the male brain, where it simply (and ostensibly more limitingly) runs back and forth within each hemisphere.

And what does that mean? While the male brain has its own particular advantages, the female brain is wired for a more iterative, emergent process. For example, women tend to have a greater capacity to hold multiple, contradictory views in mind while, at the same time, remaining empathically tuned in to the persons holding them.

Combine this neural patterning with the higher levels of oxytocin (known as the “bonding hormone”) in the female brain and, on the whole, you’re looking at women leaning in to collegiality and consensus, as opposed to the more adversarial approach often demonstrated by men like Epstein.

Perhaps that’s why Epstein concluded his misguided piece this way: “As for your Ed.D., Madame First Lady, hard-earned though it may have been, please consider stowing it, at least in public, at least for now. Forget the small thrill of being Dr. Jill, and settle for the larger thrill of living for the next four years in the best public housing in the world as First Lady Jill Biden.”

The best of all brains

Most systems, whether in business, government, or elsewhere, have been created by a narrow subset of male brains to best suit an equally narrow subset of other male brains. Thereby they promote one way of thinking, innovating, communicating, and problem solving. And in the process, they woefully fail to access the best of all brains — the male and female brain alike.

The men who applaud, welcome, and seek to partner with powerful women will play an important role in the way forward. Men like Epstein, on the other hand, will remain an evolutionary dead end.

Perhaps Hillary Clinton’s response to Epstein said it best: “Her name is Dr. Jill Biden. Get used to it.”

Kate Lanz is founder and CEO of Mindbridge, a UK-based global coaching company specializing in the relationship between modern neuroscience and releasing latent brain potential at work. She is co-author of All the Brains in the Business: The Engendered Brain in the 21st Century Organisation (Palgrave Macmillan, 2020).