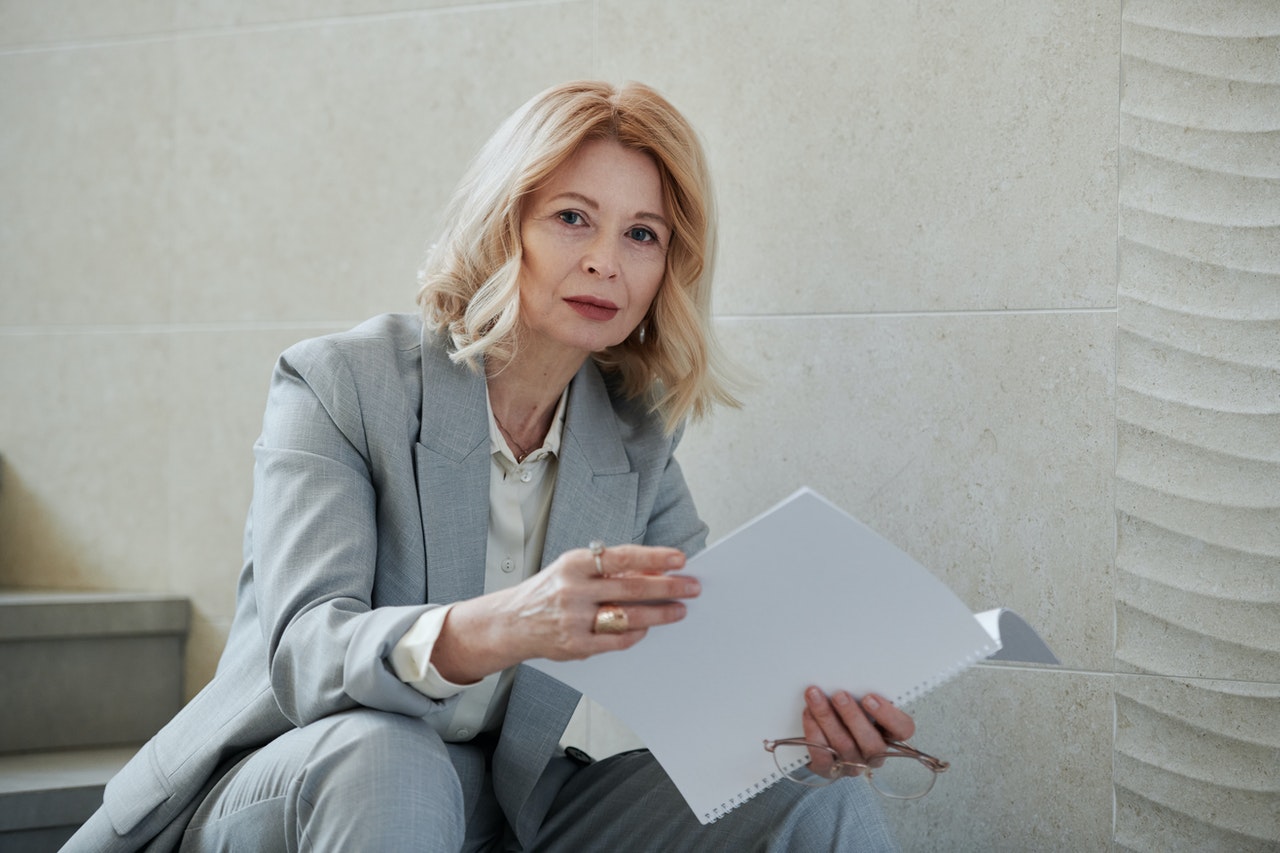 How does one generate wealth? A look at the Forbes Billionaire list tells a compelling narrative that wealth is predominantly generated through either entrepreneurship or investing. While entrepreneurs like Oprah Winfrey and Jeff Bezos, and investors like Warren Buffett and Abby Johnson are extreme outliers in their profession, this occupation breakdown would look similar for centimillionaires, decamillionaires and millionaires.

There has been a great deal of discourse about the gender pay gap, in that female workers overall earn 82 cents for every dollar that a white male earns. While this is incredibly problematic, there’s been less attention and analysis of an even larger problem — the gender wealth gap. Overall, women own just 32 cents for every dollar a man owns, and Black and Latinx women own just pennies, which includes savings, resources that can be turned into investments like a home or business and resources you can pass onto the next generation. Sallie Krawcheck, Founder and CEO of Ellevest, references some of the main reasons for this gap including: debt, investing, real estate, the pink tax, life events and earnings/wages. While I believe that all of these reasons are important and deserve further exploration, I want to zero in on investing and entrepreneurship.

Over the past 200+ years, thousands of companies have gone public on the New York Stock Exchange (or NASDAQ), yet only 20 of those that are currently public were founded and led by women and only 7.4% of the Fortune 500 CEOs are women. This lack of female-led public companies and Fortune 500 companies starts at the earliest stages with less than 3% of all venture funding going to female-only founded companies. It also permeates throughout the leadership ranks of a company as just one in five corporate board seats are held by women.

Not only do women receive less than 3% of venture dollars, but less than 13% of all investors at venture capital firms are women. The Kauffman Fellows Research Center (KFRC) found that gender-inclusive founding teams perform better and that women venture capitalists end up investing in up to 2x more female founders. We not only need more VC firms to invest in women but we also need more women investors at the table.

At Anthemis, women make up 42% of our investment team and 60% of decision-makers for the investment team, far ahead of the industry. At the Female Innovators Lab by Barclays and Anthemis, 100% of our investors are women. Not only are we looking to drive more capital to female fintech founders in the earliest stages but we are also looking to drive transformation across the broader fintech ecosystem.

Albert Einstein reportedly said, “Compound interest is the eighth wonder of the world. [S]he who understands it, earns it; [s]he who doesn’t, pays it.” This is evident by the countless data that shows the importance of investing early and often.

The chart below illustrates how much one could save by age 65 if $200 per month is invested, compounded at a 7% annual return. The individual who starts investing at 22 would have $493,211 more dollars at the age of 65. While, on the surface, that might seem intuitive because they were investing for 18 more years than the 40-year-old, I would highlight that the total dollars invested over those 18 years was only an incremental $43,200.

What, perhaps, is more notable is the difference between the person who starts at 22 years old versus the one who starts at 25 years old. The 22-year-old would have $131,262 more dollars at the age of 65; despite just three incremental years and $7,200 incremental dollars invested. This shows how important those latter years become.

One person who generated an enormous amount of wealth via investing is Warren Buffett, who also serves as the model for compounding. He is estimated to be worth ~$88.7 billion, yet it wasn’t until he was 55 years old, in 1985, when Forbes estimated that Buffett was worth $1 billion for the first time. This means Buffett generated ~98.8% of his wealth after the age of 55. CNBC noted that, if Buffett started investing at the age of 30, stopped at the age of 60 to retire but earned comparable returns of 22% per year, he would be worth $11.9 million not the $88.7 billion he is today.

Warren Buffett might not be relatable for most of us, but you don’t need to be Warren Buffett to benefit from the power of compounding. For example, you could be Sylvia Bloom. Sylvia was born in 1922, a child of Eastern European immigrants, grew up in Brooklyn during the Great Depression and put herself through college at Hunter. In 1947, at the age of 25, she joined Cleary Gottlieb Steen & Hamilton as a Legal Secretary, where she worked for 67 years. “She was a secretary in an era when they ran their boss’ lives, including their personal investments,” Bloom’s niece Jane Lockshin tells The New York Times. “So when the boss would buy a stock, she would make the purchase for him, and then buy the same stock for herself, but in a smaller amount because she was on a secretary’s salary.”

At the end of her life, her family and friends learned something she had been keeping quiet for years — she was a self-made millionaire. She distributed more than $8 million in her will, a fortune she was able to amass via staying in the markets for long periods of time and living below her means.

Unfortunately, stories like Sylvia’s are few and far between. Historically, women don’t invest as much as their male counterparts. Across the investment industry, those firms that operate trading platforms say that women account for between 25–40% of users. A recent study by Cerulli Associates and Phoenix Marketing International showed that ~28% of women own individual stocks, compared with 44% of men; and that just 28% of women want to take a self-directed approach to investments, compared with 38% of men.

The Wall Street Journal wrote recently “Robinhood Wants More Female Investors. So Does Everyone Else.” Larry Tabb, Head of Market Structure Research at Bloomberg Intelligence, said: “The business model that Robinhood has right now is completely predicated on trading, and that caters toward a more male demographic. Whereas if they are going to cater to a more female demographic, they would have to change their business model.” It’s not just Robinhood that has struggled to attract female users, E*TRADE said that only ~⅓ of its retail brokerage accounts were held by women, while Webull said that ~25% of new users in December were women (which would imply the overall number is lower than that).

What can we do to reduce the gender wealth gap? If wealth is predominantly generated via either entrepreneurship or investing, we need to encourage and facilitate both, by investing in companies that are led by women and building products that are focused on the main problems women currently face.

A 2017 study by Fidelity highlighted that women consistently earn higher returns than men (by 40 basis points on average) and that women saved a higher percentage of their paychecks than their male counterparts. Both of these provide a strong foundation which we should build on, to develop further education and product opportunities.

If more companies are to focus on women investors as a main target audience, how do we ensure that these products are built by women for women and not just as an afterthought?

Are there companies that we should be speaking with that are building products tailored towards financial wellness for women? We at the Female Innovators Lab would love to hear from you as to how we can help reduce the gender wealth gap, create generational wealth for women and build an economy that is more inclusive for every investor.

This piece originally appeared on Anthemis Insights, and was published here with permission.