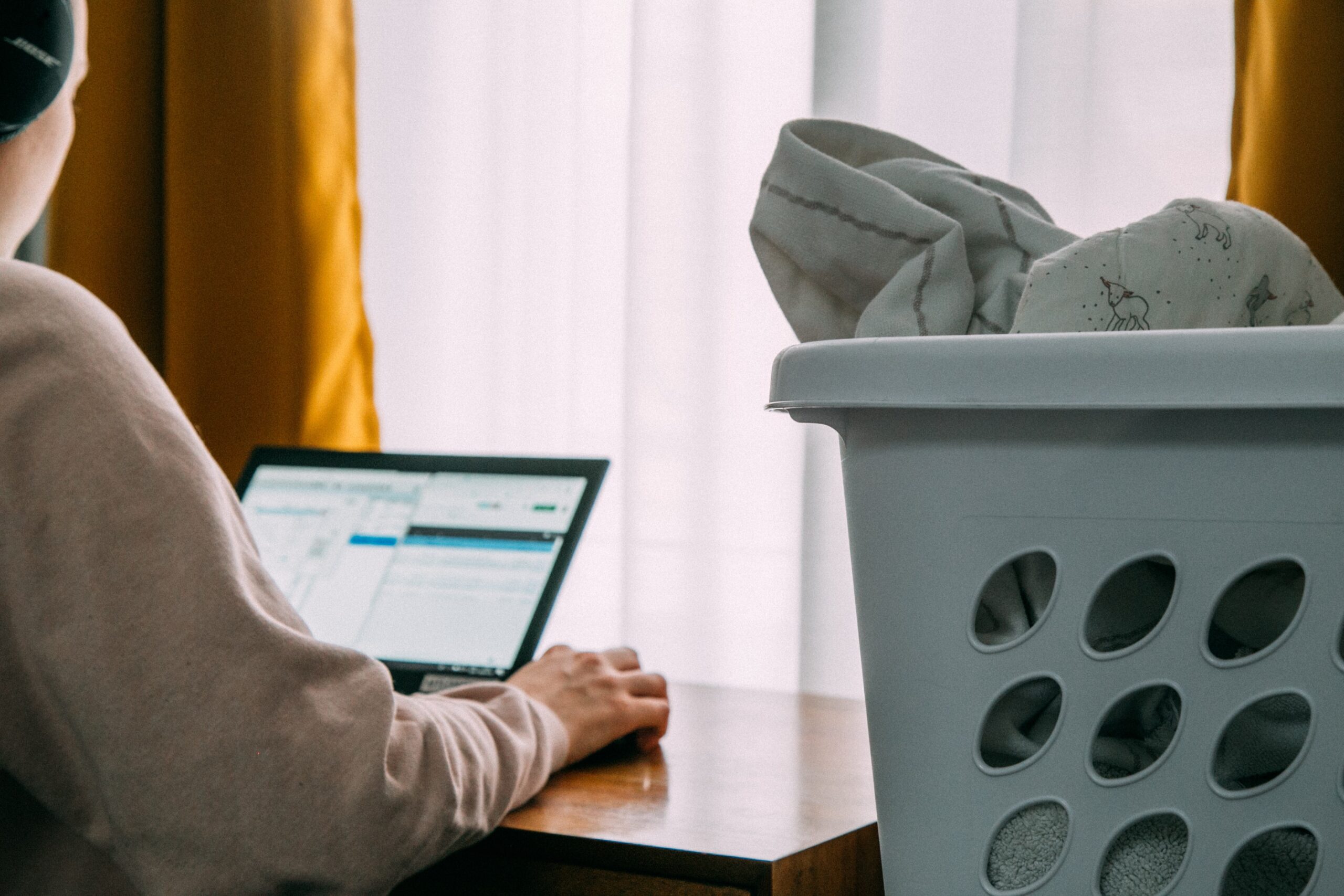 There is nothing cryptic about Amazon’s Leadership Principles. When I was interviewing for my role at AWS both the hiring manager and internal recruiter told me, in preparation for a series of interviews, to study up on each principle and have data-backed examples ready to share demonstrating them. Amazonians have posted content about the principles. Books have been written about them. They are written in plain, uncomplicated language; though some descriptions integrate unusual (for Amazon) metaphor to illustrate a point, as is the case under the principle Earns Trust: “Leaders do not believe their or their team’s body odor smells of perfume.”

Despite Amazon’s transparency with its leadership principles, you really can’t fully understand them in practice until you’ve worked at Amazon. While you may think you are the embodiment of Dive Deep, wait until you are in your first narrative review meeting, where a group of people sit in silence and read a six-page document you’ve already drafted 20 times and hear fresh commentary about your overuse of commas or incorrect leading size. Learn quickly you are never “done” improving a process or product.

The Leadership Principles, or “LPs,” are not there for show, and this is more true here than at any other place I’ve worked that had a guiding management philosophy. The principles are invoked on a regular, even daily, basis. And yet, as omnipresent as they are, their interpretation often shifts, based on situation, or even from person to person. I learned you could “over-rotate” on them, as I did once, when my manager thought I moved too quickly on an initiative (demonstrating the LP Bias for Action), before getting more people on-board (Earns Trust). Sometimes debates ensued when LPs conflicted with each other and a course of action could not be easily confirmed; in cases such as these the decision on which one would prevail was entirely subjective.

Some of the LPs I found useful applying beyond my days at Amazon. Disagree and Commit, for example, became my mantra when I advised founders I didn’t agree with. I made a point of actively stating my concerns with the intentions of coming to a place of thoughtful resolve. And if others still did not agree with me, then I could commit to their course of action with no blame on myself or them if the course wasn’t successful.

Some LPs I found dangerously vague: Earns Trust was often thrown out as a reason for shutting someone down, “I’m not ignoring you; you just haven’t earned my trust,” Or as explained in this article, as an intangible performance metric for determining whether an employee is performing at the company. Earning trust was often a one-way LP; something someone new or not immediately understood had to demonstrate, with no attempts by others to reciprocate. As I was to find, some Amazonians were actually quite convinced their and their team’s body odor did not smell.

Some LPs were immediate justifiers: Customer Obsession being one. I recall getting high marks on that one, as I worked in the Startups Group and could be a squeaky wheel about serving startup customers. In those cases, my colleagues agreed that I was not a pain in everyone’s tuchus, just customer obsessed.

Some were euphemisms in disguise. Think Big sounds like a juicy, entrepreneurial LP, and I apparently over-rotated on that one. Reading my 360 reviews there was unanimous agreement that I exhibited this LP in spades. But to those less enamored with thinking big, this also meant that I talked too much and was unconvincing. The personal irony being that I had felt forced to play small in order to obtain agreement on anything.

If there was an LP I wished existed it was Be Courageously Kind. Certainly I met kind people at Amazon, but they treated their compassion like a side hustle, something practiced during off-hours, or squeezed into conversations in between meetings. From them I learned that candor is a form of kindness if it’s delivered with no intent to undermine or discourage. And some of the most blunt, antagonistic personalities can also be the most kind. But generally, and in its most genuine form, kindness is incompatible with more dogmatic interpretations of other LPs.

So I found it almost revolutionary to see two new leadership principles launch just days before Jeff Bezos’s official departure as CEO of Amazon; this one in particular:

Strive to be Earth’s Best Employer

And a description more wordier than usual for Amazon:

Leaders work every day to create a safer, more productive, higher performing, more diverse, and more just work environment. They lead with empathy, have fun at work, and make it easy for others to have fun. Leaders ask themselves: Are my fellow employees growing? Are they empowered? Are they ready for what’s next? Leaders have a vision for and commitment to their employees’ personal success, whether that be at Amazon or elsewhere.

This almost sounds like kindness, without the cultural lobotomy that would have to occur at Amazon to formalize that word into an LP.

I am both encouraged by and skeptical of this LP.

Encouraged, because I am a ridiculous optimist at times who Thinks Big (Nah Nah!). I have to believe there is an inkling of a chance that one of the world’s largest and consequential employers would start to internalize the responsibility inherent in that position and think differently of itself than it has. While the Day One philosophy may be ingrained in its leaders, Amazon has embarked upon a new echelon of ambition.

And no, I’m not talking about space travel.

I’m talking about an even more nuanced, less profit-driven culture. One that doesn’t just innovate for stock price, but that actually inspires employees to be better people.

What got Amazon to its first trillion won’t be what gets it to the next, if Lina Khan, the planet, and hopefully Andy Jassy have anything to do with it. As said in this piece by Brad Stone in The New York Times describing the culture crafted by Jeff Bezos that seems to be under renovation with these two new LPs: “As for (Bezos’s) colleagues, now the really hard work begins: finding Amazon’s heart.”

And this is why I am also skeptical. As an employee, Amazon was a business bootcamp and the largest platform I could ever imagine for improving the business lives of my customers—in my case, startups. It employs some of the smartest and well-intentioned (or customer obsessed) people I’ve ever met. And, as a result of its “intense” culture, some of the most fearful.

FEAR. That was what I felt blowing back at me like an Arctic wind on my Day One. And when someone is fearful they cannot be truly innovative, or empathetic, let alone fun.

Kindness and compassion: Those are Day Two principles.

Thanks to my friend, Rick Murray, for sharing this piece on ageism in the Advertising Industry. This isn’t the first time I’ve spouted off about this topic, even using the ’70s coming-of-age-apocalypse film Logan’s Run as a comparable to adfolk getting chewed up and spit out for reaching a ripe old age younger than some of my undergarments (why buy vintage when you can make it?)

Given I’m on the baby end of the old-person spectrum, what gives? Why dredge up more upset to 40, 50 and 60-somethings, in an industry I broke up with tech ages ago?

Because, like it or not, we are what we consume, and Advertising (at least until the ad apocalypse, which begins when Google finally does away with cookies) is what we consume. It may not represent who we are, but it does represent who we want to be (or what creative directors tell us we want to be–same difference). And those creative directors are now more likely to be that dude in Yeezy Foam Runners on the F Train who shares a loft with his bruhs. Certainly diverse and in-tune with trends, but perhaps less effective on the client management front.

“Ninety percent of the industry’s energy is spent on the idea that we’re marketing to people between the ages of 18 and 25.”

Sasha Martens, the founder of the recruitment firm Sasha the Mensch

(By the way, I call out Sasha’s quote, not only because he provided such dead-on insight, but because we actually went to college together and worked on the campus daily, like … five years ago. He really is a Mensch. But I digress…)

The article goes onto explain the systemic issues in the ad world. The margins are razor thin, and Donald Draper is just too darned expensive. Many of my peers I worked with on the agency side moved to the brand side; some who became disenchanted with data dominated advertising moved over to crypto companies that didn’t skim money from ad tracking and surveillance. Others, like Rick Murray, found agencies that valued their experience.

It feels to me like we’re embarking on a new era: Amidst the rubble of cheap, data-driven messaging some new creativity. And it will require grownups.

People under 30 are more than welcome to apply.

Want to Succeed as a Female VC? Dress It Down a Notch

Just what I—a VC-in-Residence who has kept an eye on the still-abysmal numbers of female partners at venture firms—needs to see: The ones who “made it” get rapped on the knuckles for having some personal style.

Not that I’m worried for Sarah Guo: She seems to have this one handled.

Thanks to Protocol for the catch.

Reprinted from the newsletter This Woman’s Work, by Jory Des Jardins. Jory is an investor, advisor, and startup operator. She co-founded BlogHer and is currently VC-in-Residence at W Fund. She also writes PAUSE: Stories of Tech, Marketing, Fairness, Hormones.