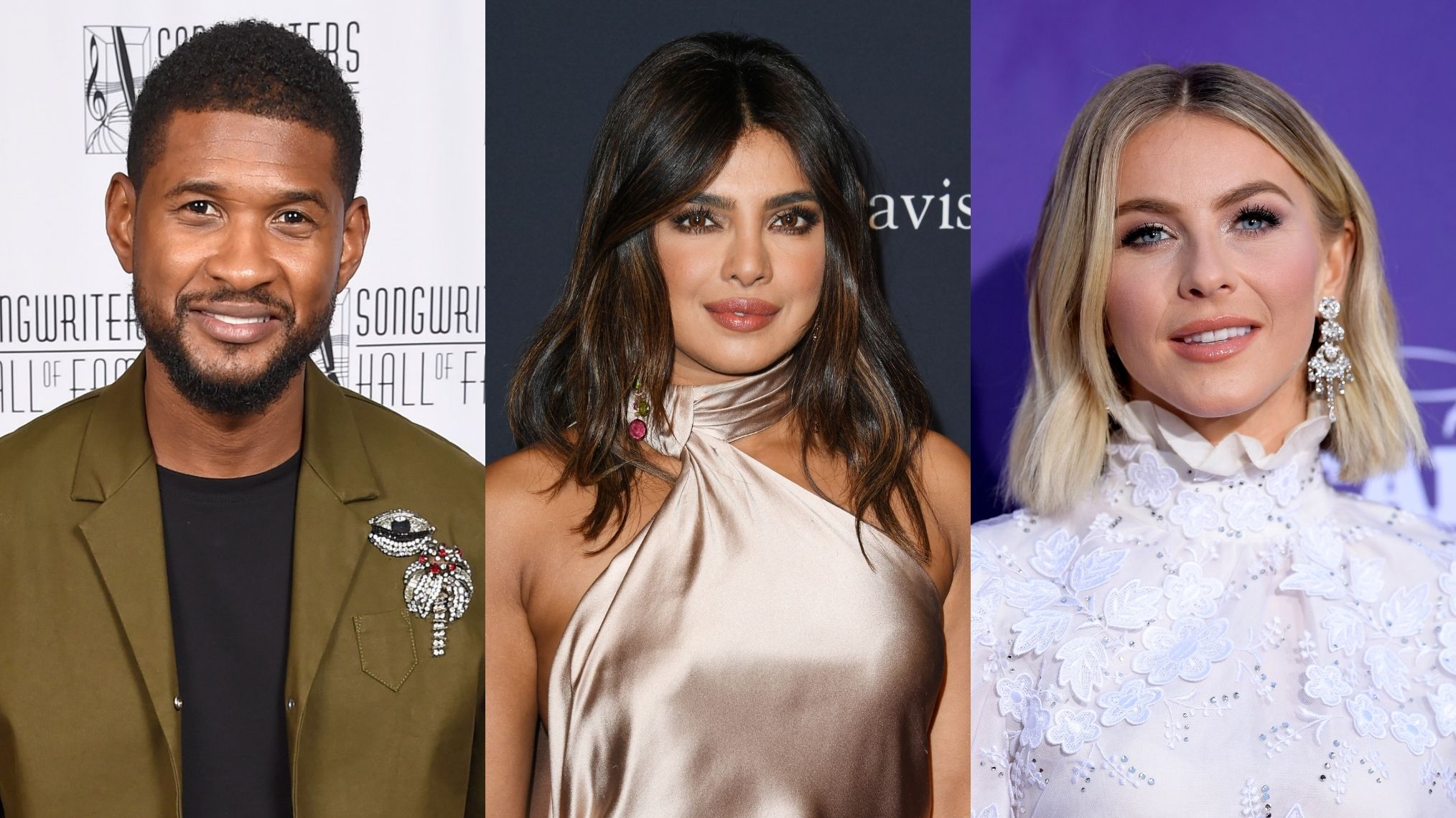 Reality TV About Social Justice? Give Me a Break. Media, You’re Failing Miserably.

Like so many of us, I cringed when I heard CBS had greenlit a new reality show that turns activists into contestants who compete “to bring meaningful change to one of three urgent universal causes: health, education, and the environment.” And, if that’s not bad enough, they have to rely on wealthy celebrities—Usher, Priyanka Chopra, and Julianne Hough—to make the final call. As I read the news release, I wondered how in the world a concept that pits social issues against one another got approved. Are we seriously going to decide if climate change got a better pitch than global poverty, world hunger, cancer, or gender inequality? Am I crazy or does this sound like exploitation? And do the producers not understand that the world’s most pressing issues are all interconnected, and therefore can’t be isolated? WHO IS PITCHING THESE IDEAS?!

This is just another proof point that the media needs to dramatically overhaul the narrative it continues to promote around these massive global issues and how we can best take action to address them. Highlighting philanthropy by celebrating the largess of wealthy people and celebrities is the wrong direction—and it only serves to continue limiting our impact in the world. Not to mention the obvious: If the network put the millions of dollars that it costs to fund this type of show into the activists and organizations working toward solving these issues directly, it could make a huge impact on the world—across a lot more than these three categories.

In fact, there’s an entire generation of philanthropists and impact investors out there today who are demanding real change and real action—and they’re putting their money (or lack thereof) where their mouth is. Brian Condenanza recently wrote a terrific piece about this in Entrepreneur: “One study found that 52% of Millennial investors consider the social responsibility of their investments to be an important selection criteria,” he said. “In contrast, only 42% of Gen X investors and 30% of World War II-era investors felt the same.” Clearly philanthropic and investor interests are trending in the right direction—and I highly doubt they want the narrative and outcome built upon a popularity contest. They want it shaped by people who have the knowledge and expertise to actually make a difference.

The media has an opportunity and platform to do so much better. And they should start by telling the stories of the people and communities impacted by the world’s most pressing issues—and how THEY, alongside dedicated practitioners like social entrepreneurs and non-profits, are changing the world. That includes celebrating the successes of women from emerging markets who have overcome poverty, created businesses, and now need venture capital investors to help scale them. These women are leading the way in their communities—changing and building them from within.

Innovative solutions are often happening at the edges, among people living in poverty—who have to find creative ways to survive on a daily basis. In fact, they ARE the solution. They are the story. They know what works and what doesn’t work—because they live it every day. It is THESE people who should be inspiring and informing audiences on how they can best serve our communities—both at home and abroad—to address the world’s most pressing issues. Where are THOSE stories in the media? Where are the informed talk and news shows on those stories and perspectives? We should be diving deep into that narrative constantly, inspiring the next generation to learn from it and collectively think through how we can best work together to meet global challenges.

Turning activism into a game show and popularity contest is the sort of thing that continues to lead us astray. I don’t think anyone could have said it better than AJ+ host Sana Saeed, who tweeted, “Despite [the fact] that the entertainment industrial complex has turned just about everything else into a reality competition, this particular idea left people ice cold… If we needed any further proof that activism has officially been co-opted for liberal playhouse fun, making issues that need systemic overhauls into cute slogans, celebrity worship cults and quirky competitions—here you go!”

Particularly since 2020—as the world has literally fallen apart, and the global population has turned toward digital mediums—the cracks have been opened. No, scratch that. They’ve experienced a major earthquake. And those deep rifts need to be refilled with something better. It starts with a new narrative—driven by the power and reach of the media—around how activists, social entrepreneurs, philanthropists, and impact investors can best use the world’s resources to help transform our society and planet—and the role women will play in this. International and local entrepreneurs, non-profits, and social enterprises who have gotten this right and are doing inspirational work urgently need more funding, support, and outlets for storytelling. But where are the shows highlighting and speaking to them?

More importantly, why does it matter? Well, it matters greatly because—as billionaires have added at least $1.9 trillion to their wealth during the pandemic alone—3 billion people still live in poverty (2+ billion of which don’t have access to safe drinking water or a toilet), and climate change is literally causing the world to be ravaged and destroyed by natural disasters. Scientists have sounded the alarm on this, but little has changed. How we use our vast capital resources to help humanity and our planet is a topic that should matter to everyone, because it impacts everyone. We have a responsibility to share the tools and knowledge people need to be inspired and take action.

Jacqueline Novogratz, in her new book Manifesto for a Moral Revolution, puts it best: “Solving humanity’s toughest problems requires no single hero, but a system of people, companies, organizations, and governments that rally around a common enterprise… If we believe that a moral revolution requires everyone, we must become skilled at building partnerships across sectors… [We wish] to enter a new partnership with greater openness to what the other side can offer and a courageous vulnerability to sharing fears—and with the patience to take the time it needs to build trust.” AMEN.

So, if the media is listening: DO YOUR PART to shift the narrative. And that includes telling a different story around the role women can play in changing status quo philanthropy and impact investing. Tell the stories that matter. Mackenzie Scott showed us all how it’s done. But it’s not just her story that needs to be shared. We need to highlight how more women with wealth, support at home, and in leadership positions—those with the power to pull the purse strings—can create a paradigm shift that could bring about the changes we’ve all wanted to see in philanthropy.

Currently, philanthropy is still bogged down by unnecessary bureaucracy and delayed decision-making, behemoth foundation structures that are too slow and fragmented, and $1 trillion of idle capital—which, instead of being put to work, is sitting in accounts for the purpose of tax deductions and invested in ways that often counter the very missions of foundations. In addition, at least $140 BILLION in tax-deducted capital is currently sitting in donor-advised funds—growing in size but generating zero much-needed social impact, even though that’s its intended purpose. We live in a “winner takes all” culture that celebrates the ego of a philanthropist versus the courage and impact of the communities we strive to serve. And if you don’t believe me, look no further than reality TV on CBS.

There are big things happening around women, wealth, power, philanthropy, impact investing, and social change. A significant amount of assets are slated to shift into the hands of U.S. women over the next 3-5 years, representing a $30 trillion opportunity by the end of the decade. However, change is still not happening at the speed or level that is needed, especially after 2020. The narrative is changing—and we all have a role to play—but we have a long way to go. Which is exactly why the media needs to step up.

No more celebrity oversight, quick hashtags, or popularity contests around deep systemic issues and poverty. To me, that is the equivalent of exploiting photos of children in Africa with swollen bellies and flies in their eyes. We need people to be inspired with the right tools and knowledge. We need a new narrative that also shapes the role women can play in all of this. And we need real action that matters. But to do that, we need storytelling.

As Seth Godin said, “Marketing and storytelling is a chance to change the culture for the better. It’s a chance to serve.” Together, let’s work toward making that a reality. Not a reality game show.

This piece originally appeared on Lebec Consulting, and was published here with permission.

Alix Lebec is an entrepreneur and strategic adviser to the business, philanthropic, and impact investing communities. With nearly two decades of experience across Europe, Southeast Asia, East Africa, and the U.S., Alix’s expertise is rooted in understanding global poverty and solutions that work, and in advising individuals, corporations, foundations, financial institutions, and entrepreneurs on how to achieve their greatest impact through philanthropy and impact investing. From the World Bank, to the Clinton Global Initiative, Water.org, and WaterEquity, Alix developed and led high-performing teams, and helped pioneer and scale global social impact innovations helping women and families living in poverty. Working closely with Water.org and WaterEquity's CEO and Co-Founders, Gary White and Matt Damon, Alix helped build and scale both organizations, developing a $200M+ portfolio of highly impactful philanthropic partnerships and investments. Most recently, Alix founded Lebec Consulting to address fundamental gaps in equality, philanthropy, and impact investing. Alix holds a Master of Science in Social Policy from the London School of Economics and a Bachelor of Arts in International Business from the American University of Paris.