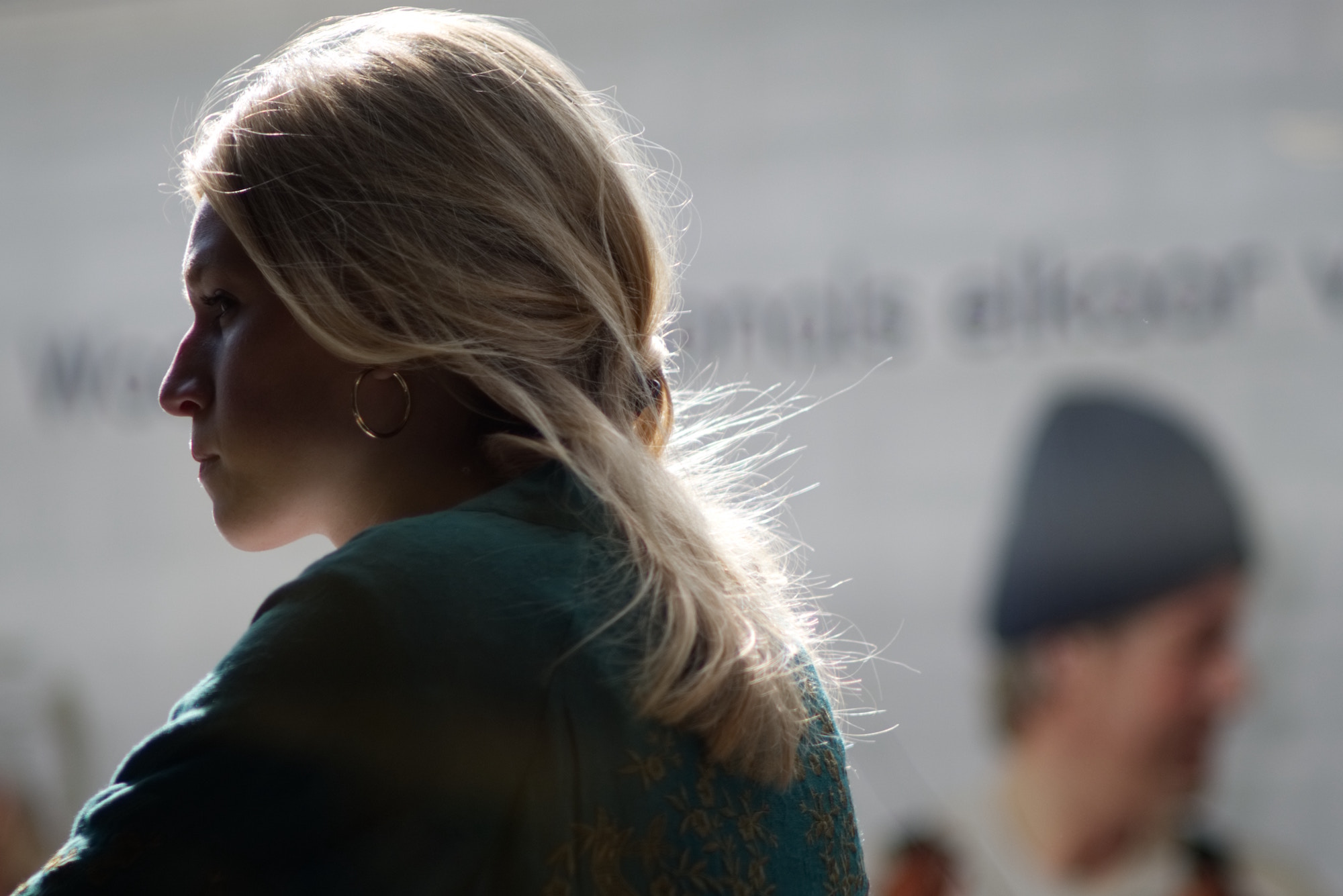 Dealing With Frustration on the Job

This piece is selected from an ongoing series, chronicling my 17 years at Google and the performance feedback that has helped to shape my career. People often wonder what has motivated me to stay so long at one company. I usually tell them it’s the people and career opportunities that Google affords; it’s also the ability to level up my personal growth. I consistently ask myself: what have I learned along the way and how am I continuing to improve? As you may know, we love data at Google. In this vein, I dug back into past performance reviews and cataloged the feedback I’ve received. This has been a humbling journey, but also one where I can appreciate just how much I’ve grown over the years and help others with feedback they may be receiving today.

Unicorns are viewed as miracle start-ups — Lyft, Airbnb, Stripe, Instacart — when so many others don’t achieve this kind of success or outright fail. What the valuation can’t show you is how hard employees are working to create the possibility of that unicorn becoming reality. There’s no magic fairy dust – just hour after hour of hard work, sleepless nights, and tough decisions. And frustration, so much frustration.

During my time at Google, I’ve yelled back at three people. I only yelled at them because they were yelling at me, and yelling is rare at a company that prides itself in collaboration. Yes, we’ll argue endlessly about good ideas and data, but we don’t tend to scream about it or at each other. Bottling up frustration is not healthy either though. If you don’t yell, where do the bad feelings go?

“She can appear unapproachable to others”

Despite my best intentions and efforts, through 2008 (and occasionally after) I received feedback about managing my stress, appearing more approachable and watching for my tone consistently. Below are a few examples:

2004: “When Alana gets truly overwhelmed, which does not happen often, she can appear unapproachable to others and can make mistakes in communication. Continuing to focus on her work-life balance, hiring more senior and more junior help for Alana (which we have to do with her), and learning to ask for a time out on those rare occasions when she is truly going to get too upset will all help her in this area.”

In 2006, I started to see feedback about the tone I used with my direct reports.

2007: “Alana’s reports greatly appreciate her honesty, but at times feel that she is too blunt in

providing hard feedback… tailoring the tone of her message to be constructive will help Alana to better deliver hard feedback and allow the recipient of that feedback to focus on the content itself and not on the tone.”

In some ways people had been spoiled by my demeanor. Naturally even-keeled with a  preference of being funny over being serious, I had a difficult job and pulled it off day-after-day with a sense of humor and patience. Throughout my reviews I am commended for my direct style, my blunt and honest ability to get to the essence of issues. I am also complimented for my dedication, seeking both to satisfy company demands as well as those of my employees and their careers.

appreciated. Quite simply as one peer put it, ‘Alana is the definition of a hard working Google employee; she will do whatever it takes to get the job done.’ Her dedication is contagious and inspires ‘a sense of dedication in the people with whom she works.’”

Except there was a monster inside me. For every patient moment I had, I added a drop to an ever-filling bucket of annoyance coupled with fatigue. I had a bad stomach, started getting migraines and had bouts of insomnia. There were parts of my job I dreaded, like speaking with angry customers or giving a difficult performance review. I knew my job wasn’t brain surgery; and on any given day I could picture thousands of jobs harder than mine… But that knowledge didn’t always help, in fact it exacerbated a feeling that I was messing up if I was struggling.

So I’d lash out; on rare occasions, but it would leave its mark. One day a team member brought in their colleague to speak with me about something they were concerned about. I don’t remember the subject, but I remember being annoyed. All routes in the conversation were leading to dead-ends. I said something sarcastic, brutally so. Again I don’t remember what, but I remember their faces. They looked like I’d slapped them.

Frustration is defined not just as being upset or annoyed, but also suggests an inability to change or achieve something. Courtesy of Wikipedia, “frustration arises from the perceived resistance to the fulfillment of an individual’s will or goal and is likely to increase when a will or goal is denied or blocked.”

My dedication and direct style were usually good, but what happened when my will was blocked?

I wanted to get things done, to move forward and see completion every day. Often my job felt like I was running in circles. Policy is a difficult area to work in with lots of passionate stakeholders and hard-to-win decisions. And as we grew larger, I was being asked to re-review policies that had already been reviewed. As my peers in management moved on, I was the only person around to remember we’d already completed the previous reviews. At one point I laughed out loud when a new manager told me to review a particular policy again. I said, “Oh, for the 3rd time?”

People were opposition points too. As a manager, I spent a lot of time figuring out how to motivate people and have them naturally enjoy their work. I cared about them, but it was also practical. Yes, happy people do their best work, but sometimes, you just need need team members to get something done. My mind would interpret even quick questions as blockers to progress.

That’s how I would rationalize it today, but really I was a stress ball and sometimes I popped seemingly at random. And when I popped, I didn’t yell. I got harsh. I was raised in New Jersey, and I have an engrained cutting sarcasm that requires little thought to deploy. Or I cut people off, completely drained of patience for their sentence to end. Or I’ll jump all over them for a seemingly little problem that I would normally brush off.

Not good. Especially when you’re a manager, mood swings and randomness is never good. People need predictability. They track their success by your smiles and frowns.

This all boiled down to how I handle stress and how, in turn, I could model better behavior to my team. When I was more stressed and tired, I became easily frustrated. When I was frustrated, it fed into my stress and fatigue in a vicious cycle. Over the years, my jobs were only becoming more intense as I became more senior. And in 2009, I had my first child which meant more stress at home too.

I’ll often tell people who are trying to improve their well-being that “work will take and take”. It’s up to you to set the boundaries of what you’ll give. Here’s the list of things I tried out over the years. It’s not perfect by any means, but I picture each one as a way to help me relax, breathe, and chill.

1. Try all the usual recommended things

They’re recommended for a reason: This includes: more sleep, exercise, eating better, sticking to a set work schedule, and meditation. They may not all work for you, but some will click and exploration may lead you to other options. I found out that I enjoy a weekly Pilates class and routine breathing exercises. I eventually started going to therapy regularly and talking out loud about my frustrations. And I set established work hours on my calendar to try to avoid early or late meetings. All of these things make me feel like I’m taking time for myself, my health, and my mental well-being. I feel better, and that’s half the battle.

I didn’t take a vacation for my first two years at Google, and when I finally did I went somewhere by myself and did not talk to anyone for two weeks. I was Burned Out. Use your vacation time and let your soul take a deep breath. Everytime I do, I think of bigger picture things I can do when I get back to work.

Not everyone has vacation time at their disposal. Due to family commitments, I’m not always able to take breaks either. I’ve worked in mini breaks here or there too like a long weekend.

I recently was deeply disappointed by something at work. I was staring at my inbox, and I knew that if I responded to any emails that I would thread unhelpful feelings into my responses. I packed my bag and headed to Target for some retail therapy. Another time a senior engineer was picking a fight with me, and I’d already bit his head off. I returned to my desk and stared at it. My body was vibrating with tension. Again, I packed my bag and went to Target. You get my drift. Pick something to do, healthy preferably, and resist the urge to keep fighting. Go cool off.

No, not your manager, your peers or your employees. Maybe it’s a good friend, a colleague outside your team, or your partner. Find someone who is a good listener, who can remain unbiased and doesn’t judge, and who preferably has their own war stories to share. Grab some coffee or tea and talk it out. Humans have whined about work for years; join the tradition and find release in the companionship.

5. Change how you see success

As I became more senior, I was no longer managing projects that I could easily complete in a preset time frame. I was working on gnarlier issues that could take a year or longer to resolve, and I was managing people which (like parenting) does not reap immediate rewards. I had to shift how I perceived satisfaction in my work. For me, focusing on little wins helps me savor the good bits over the bad ones. Now I keep a jar on my desk, and when I have a win (like getting an employee promoted), I drop a pretty marble in the jar. It’s a visual way to track the good.

The point is — it’s on you to figure this out. No one else can figure this out for you. Even if people ARE annoying, you own and are responsible for your reaction.

Sure, but it wasn’t a miracle: In 2008: “Although she continues to receive peer feedback on tone and approachability, it is much softer than in the past:” You can take the girl out of Jersey, but you can’t take Jersey out of the girl I guess. I’m a work in progress.

Note: I don’t provide names or other identifiable information of who gave/provided me feedback. I also omit any confidential or sensitive information about specific work or people. I share quotations so you can experience the feedback as I did, but those examples are carefully curated. The opinions stated are my own, not those of my company.

Lu Zhang is the founder and managing partner of Fusion Fund, a company dedicated to promoting early stage venture capital for entrepreneurs. She is also a member of the Forbes 30 Under 30 list and was nominated as a World Economic Forum Davos 2018 Young Global Leader. 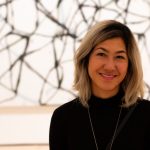 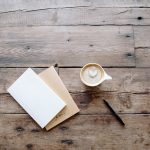 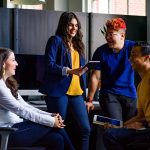 Managing a Team: Control and Inspiration 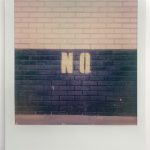 Understanding Emotional Boundaries – The Key to Owning Your Superpowers